Ahead of the curve

With an infectious personality that makes Reiny as unique as the homes he pre-fabricates out of his spick-and-span workshop in Ararat, Victoria, TimberTrader News was delighted to get to know Reiny and his team for our April cover feature.

As Greg discovered quite quickly, Reiny immediately makes you feel like an old friend. He’s also a true romantic at heart.

RAL Homes is the prefabricated timber housing business conceived and run by Reiny and his wife Lorraine. The acronym originally stood for “˜Reiny and Lorraine’, but now it professionally stands for “˜Relax and Live’, the perfect summary of the lifestyle he envisions for the future owners of a RAL home.

FRESH OUT OF BASEL

At the age of 21, Reiny Loeliger’s life took an interesting turn, when he made the decision in 1951 to leave his home of Basel, Switzerland, for Australia.

“When I told my friends at school and my family that I was heading to Australia, they couldn’t believe it! They said “˜you’re brave!'” Reiny exclaimed.

Paying for his one-way ticket, Reiny stepped off the ship and headed straight to his uncle’s farm in Victoria’s Rupanyup, bypassing the hustle of Melbourne for the country air.

Reiny had commenced a building apprenticeship back home in Switzerland, so he decided to continue his training on Australian soil by working on the farm, an opportunity that allowed him to learn English while working.

It wasn’t until two years later, when he headed to a local dance in Ararat, that he met his future wife Lorraine – and by 1958 they had made it official, marrying and settling in the country town where they still live today.

The initial foundations of RAL Homes were built after Reiny and Lorraine founded their first building business, R & LR Loeliger, in 1959.

A NOT SO SQUARE PEG

The remarkability of Reiny’s story is his seemingly simple idea that eventually turned into RAL Homes. It’s one of those moments when you scratch your head and wonder, “Why haven’t more people thought of this?”

After working as a traditional building business for 15 years, Reiny soon became puzzled as to why no one else was questioning the structure and design of the standard residential homes he saw at work every day.

“After working in traditional building for a long time, we started thinking more and more about modular building,” Reiny recalled.

He was determined to create a home that would be a base for healthy living. Disenchanted by the timber-framed, brick veneer homes he saw so commonly, he was inspired by the seemingly simple structure of a water tank.

“I was trying to think of better ways of doing things, and after experimenting and with help from some fellow Swiss boys that were working with me at the time, we looked at the shape of a water tank and how it could be modified, and it just took off from there!” Reiny recalls.

The idea of a simple yet effective modular and prefabricated housing system lingered on Reiny’s mind, also driven by the desire to create something special for customers that was still affordable.

Listening to the background of RAL Homes and its story, it’s obvious that Reiny and Lorraine have always wanted to maintain a positive experience for their customers.

Whether it be from the concept, to the production, delivery or the final result, RAL Homes is truly something unique within the timber industry.

During the mid-1980’s experimenting ensued, and eventually Reiny settled on the now signature, curvature shape for the homes, which is still the essence of RAL.

Simply put, Reiny believed firmly then that he had uncovered the perfect shape for home living, and that belief still rings true for Reiny and Lorraine today.

When browsing through a RAL Homes catalogue, it strikes you how simple yet striking the final RAL product is.

Reiny’s homes are reflective of his Swiss heritage. Uniquely, the designs frame the internal and external world for the occupant in a way unlike traditional housing designs.

“The semi-circular shape and the lightweight structural timber components are in harmony with nature and wherever they are placed,” Reiny explained.

“We felt to have the curvature was the best way to house a living space,” he added.

Simplicity is key to the RAL Homes operation, a prefabricated kit-model based around a curvature shape and the magic number, eight.

“The arches are made up of eight equal panels, 2400 x 1200, and when bolted together they form the curve, and that there is the strength of the building,” Reiny described.

The external coating of the building is a Colorbond corrugated steel roofing, complete with leaf-free guttering. These in turn are all features that contribute to the low-maintenance characteristic of a RAL designed home.

But as we all know, it’s not always what’s on the outside that counts! The internal timber framing of a RAL Home makes it truly special.

“The inside for the building is heavily timber orientated, structural and waterproof, and the skeleton of the house is made up of 12 mm structural plywood,” Reiny added proudly.

In 2009 RAL, with a lot of persistence and enthusiasm by his son Brett developed the “˜2Way Intercept’. This was an innovation that allowed for the RAL home designs to become even more customised than ever before.

Reiny and Lorranie’s business not only creates a home and a lifestyle for their customers, but also a comfort knowing that they can rest easy in areas prone to bush fires.

“I believe RAL Homes are the best value for money anywhere in the world, with a high resilience against cyclones and bushfires,” Reiny said.

The curved roof design of a RAL home allows for minimal opportunities for bushfire embers to collect on roof surfaces, and alongside the leaf-free guttering system, so the chances of damage are extremely low.

Several customers of RAL have already lived to tell this tale, with two of Reiny and Lorraine’s customers in times as recent as this year advising them of being surrounded by bush fire with no consequential damage to their homes.

The peace of mind that RAL has been able to provide, based on Reiny’s innovative designs are, quite frankly, remarkable.

Once you know Reiny and Lorraine, it’s impossible not to be struck by their lovely and down-to-earth nature, sense of humour and most importantly, respect for their customers.

With the help of their son, Brett, the business has been able to sell, and continue selling, via its website presence.

With over 20 years in the industry, it’s a point of interest to discover that Reiny and Lorraine’s business success has been as a result of minimal marketing and advertising.

Several early book and magazine appearances have allowed RAL to remain visible to potential customers in the world of kit homes, however, the best marketing – word-of-mouth – hasn’t been a problem for RAL.

“Since Brett kicked us off online in the late 90s, we realised how easy it was to communicate with people and show them your wares!” Reiny added.

RAL offers several options, all prefabricated and simple in their design, delivery and construction.

Customers have the flexibility to select from a series of eight components to create a home that reflects individual requirements.

The basic module of eight engineered timber panels that come together to form an arch mean that the roof and walls of the homes become one single entity.

A RAL home is ready within 12 weeks from when the order is placed, and with Reiny’s work ethic – often sooner!

“The homes are simple to unload on site by hand, forklift or front-end loader. Better yet, you don’t require a special license to transport them on road as they are all flat packed,” Reiny stated.

The next few years present a new chapter for Reiny and Lorraine. After years of working hard, they will soon decide what to do next.

“Time together!” Lorraine interjects, happily stating that she looks forward to the post-RAL life with Reiny, and joking that working together this long has “had its moments”.

Alongside their valued staff members, the Loeliger’s have truly built something special at RAL – that is a fact that is undisputed.

Currently, Reiny and Lorraine are looking into options regarding the business’s future.

“Succession planning has been in the pipeline for some time,” said Reiny.

“I feel strongly the RAL story needs to get out there with a new and enthusiastic, digital push, Australia wide and beyond, so we are willing to find the right individuals or organisation to take over the business soon,” he added.

In summing up his chat with TimberTrader News, Reiny signed off with his signature leaving call “Cheerio”.

“That’s his favourite thing to say when I go out the door,” Lorraine laughed.

It’s the perfect sign-off from a couple whose cheery disposition is difficult to forget. 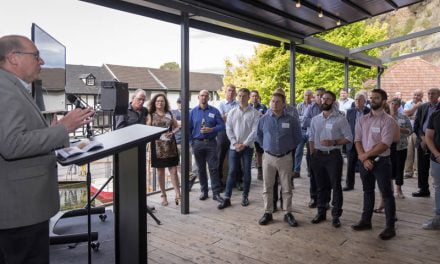 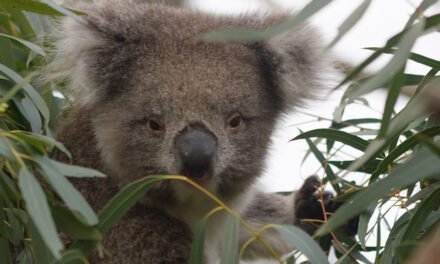 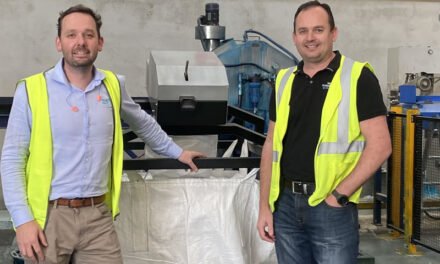