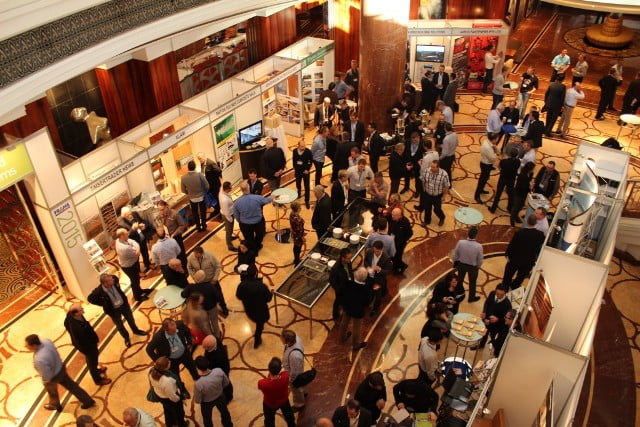 It is being suggested that a ‘timber revolution’ is currently underway in Australia, with an increase in the number of residential and commercial buildings being designed with timber and engineered wood products. So this year, Frame 2015 had a lot of ground to cover.

Held at the Park Hyatt Melbourne on Monday 1 June 2015, this year’s event was declared a success by Conference Director Kevin Ezard, who said he was overjoyed with the response from the industry and the level of engagement on the day.

“The delegate response was encouraging. We had many high-profile architects attending from both Melbourne and Sydney firms, and structural engineers were well represented too, with most major consultancies attending,” Kevin said.

Frame 2015 also achieved its target of a 35 per cent attendance rate from both the building and construction sectors.

“It was pleasing that the timber industry made up the majority of attendance, which acknowledges future opportunities for the sector to gain the most from the market shift to building with prefabricated engineered wood systems,” Kevin said.

He explained that this year’s new initiative, holding a specialised Frame conference on the rise of engineered timber and the manufacture of prefabricated timber building systems – during the off year for the traditional biennial Frame Australia conference – prompted a change to the event’s duration.

The next Frame event will be held in May 2016, now as a two-day conference and exhibition. Day one will feature a program on design and construction, and the other will be focused on manufacturing and prefabrication. A post-event survey has since revealed to Frame organisers that this revised concept is very popular, and will enable delegates to attend either just one day or both, depending on their interests.

It also will enable exhibitors to have two days of networking with representatives from the complete supply chain including design, prefabrication and construction of residential and commercial buildings, rather than the former one day.

Kevin added that, following the Frame Australia conference in May last year, feedback from the design and construction delegates reflected an “overwhelming interest for more information on prefabricated timber off-site building solutions”.

The move towards high-density housing developments in cities across Australia produces unprecedented opportunities to achieve sales of timber, building materials and prefabricated components, in order to supply this emerging growth market.

Recent proposals to change the National Construction Code reflect the industry’s desire to ensure that mid to high-rise construction using timber is considered the correct option by the building and design industry.

The speaker sessions included several renowned speakers from various sectors of the industry, followed by discussion forums that included all speakers and additional panel members.

The following discussion forums provided delegates with ample opportunity to discuss topics with speakers. These forums gave delegates the opportunity to raise their concerns and gain advice from representatives relating directly to their role in the industry.

Several questions from the industry arose during these discussion forums, including:
– Should the Federal Government be playing a bigger role in the development of timber being used for mid to high-rise construction?
– How can the industry come together, and is there further action that we could be taking now?
– Should there be a push for design standards, including more training for constructing mid to high-rise timber structures?

In future, the event hopes to grow and continue to bring the relevant information and topics to Australia’s frame industry in 2016.