After 30 years of attending events such as industry conferences, store and plant openings, product launches and feel-good award nights in every state of Australia, (unfortunately though never to the Northern Territory), the ACT, offshore to New Zealand (at least a dozen times) and even the USA on four occasions it feels strange not to have at least four or five trips booked in my planner for the rest of the year.

(Thank goodness the Associate Editor and Sales Manager of Timber Trader News (TTN), Megan and Tim, have the same joy of getting out and meeting people as I have, so the magazine is in good hands.)

With this in mind, I decided to take a nostalgic trip to the recent Frame & Truss Manufacturers Association (FTMA) Conference, held at the fabulous Twin Waters Resort on Queensland’s Sunshine Coast at the end of April.

But let’s get back to the point. I’m a big fan of industry associations that help and promote the endeavours of independent small businesses, and the FTMA certainly fits into that category.

I went to the FTMA conference so I could mix with my type of people one last time, without the pressures of taking photos or writing stories – I attended as a tourist.

I wanted to say hello to a whole bunch of people who have supported TTN for, in some cases, more than a quarter of a century.

This list is by no means the complete list of people I would have liked to have caught up with. The fabrication industry is full of competitors but through their loyalty to the FTMA they have developed an understanding and respect for each other.

For the support and promotion of their own industry, the Window and Door Industry Council is the same as the flooring bodies and, of course, the merchants and the importers, who all have associations dedicated to the betterment of their members’ interests in their sectors.

The trip to Queensland made me realise I’m not going to be able to get around to all of the various groups to personally thank individual members for their support, advice and encouragement.

As you read this I would have also attended Frame Australia on June 1, where we held the magazine’s re-launch as part of the after-conference hospitality. It was an additonal opportunity to say thanks to another group of people attending this event.

I’m very humbled by the support of all our readers out there, so if I’ve missed you in my travels, please take this column as an individual thank you.

You all deserve the accolade. You’re a great bunch of people.

Debut visit from Minister for Agriculture and Fisheries

TABMA brings the industry together 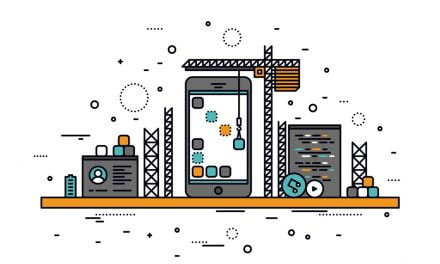