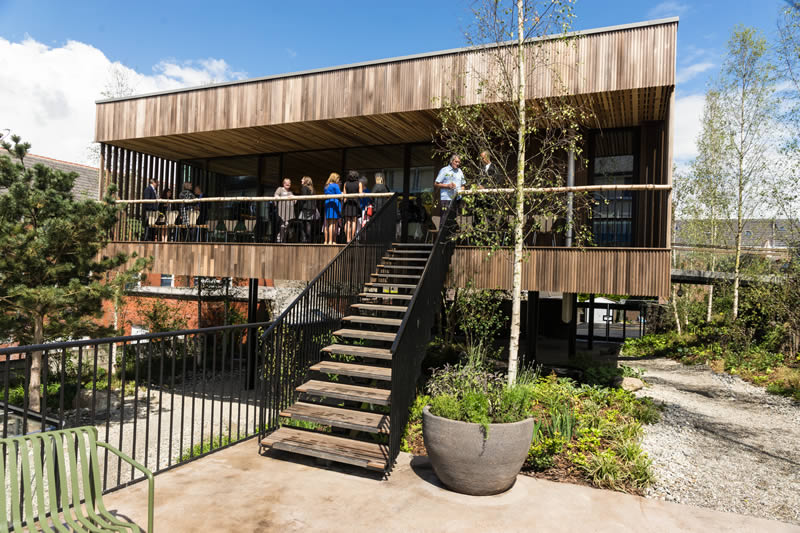 Maggie’s Oldham, the world’s first building made from hardwood cross-laminated timber (CLT), has opened in the UK. Designed by dRMM Architects and supported by the American Hardwood Export Council (AHEC), this is a pivotal moment for modern architecture and construction.

Maggie’s is a charity that provides practical and emotional support to people living with cancer. Built on the grounds of specialist NHS cancer hospitals, Maggie’s Centres are warm and welcoming places with qualified professionals on hand to offer a programme of support shown to improve physical and emotional wellbeing.

dRMM chose Tulipwood for the design of Maggie’s Oldham for the positive influence wood has on people and for the beauty, strength and warmth inherent to American tulipwood. Wood is known to significantly reduce blood pressure, heart rates and recovery times; it has more health and wellbeing benefits than any other building material, according to Wood Housing Humanity Report 2015.

This pioneering piece of permanent architecture is constructed from more than 20 panels of five layer cross-laminated American Tulipwood, ranging in size from 0.5m to 12m long.

American Tulipwood CLT was pioneered in 2013 by dRMM, AHEC and Arup for its unparalleled strength and lightness, speed of construction and sustainability. American Tulipwood is approximately 70 percent stronger in bending than typical CLT grade softwood. The structural CLT panels for Maggie’s Oldham were developed by CLT specialists, Züblin Timber.

The first public experiment with this building material was The Endless Stair, created during the London Design Festival 2013. Arup’s engineering calculations show the structure could have supported 100 people at any one time.

Tulipwood CLT is one of the most sustainable timber species because of how fast it replenishes, through natural growth alone.

dRMM co-founder Professor Alex de Rijke’s experiments with engineered timber have progressed during 30 years in practice and academia. The studios building and furniture projects have pushed the structural, environmental and aesthetic properties of engineered timber, from plywood to engineered softwood, and now to the collaborative invention of hardwood CLT.

“From the Oldham project inception we knew it was the right material for Maggie’s, not only structurally and visually, but conceptually,” de Rijke says. “An elevated, open plan, all-timber and glass building – with trees growing through it, and every detail considered from the perspective of use, health, and delight – was always going to be special.

“Maggie’s Oldham has a built-in, very visible holistic design message that supports the central aims of the design – to uplift and offer hope to people living with cancer. The applications for sustainably grown hardwood, particularly fast-growing Tulipwood CLT is endless. The environmental, structural and visual qualities are demonstrated explicitly at dRMM’s Maggie’s – a manifesto for wood as the natural choice for contemporary architecture of physical and psychological wellbeing’.”

The main kitchen table around which centre visitors are encouraged to sit is a design by Barnby & Day that was commissioned by de Rijke and AHEC for the Wish List project for London Design Festival 2014. It is built by Benchmark Furniture from recycled Tulipwood CLT. The top was left over from the Wish List and the base is made from off-cuts of CLT that came from the windows and doors of Maggie’s Oldham.

For AHEC, Maggie’s Oldham is one of the most important developments in a decade of research and development into structural timber innovation and one that could broaden the use of CLT in the construction industry. The creation of this product and significant use of hardwood will transform the way architects and engineers approach timber construction.

“This structure proves that hardwoods have a role to play in the timber construction revolution,” says David Venables, European Director of AHEC. “All our previous projects – Timber Wave, Out of the Woods, Endless Stair and The Wish List – have been significant projects but this centre proves that a building made of Tulipwood CLT is possible, and it can be done on a strict budget and in record time. dRMM also believes in the potential of tulipwood CLT as bringing a revolutionary new element to wood construction.”

About Tulipwood CLT and sustainability

Tulipwood is the fourth most abundant timber in US hardwood forests, representing seven percent of the total growth, only exceeded by American Red Oak (18 percent), White Oak (15 percent) and Soft Maple (11 percent). It grows in all 33 states that are home to US hardwoods (generally on the eastern side of the country) and is most abundant in North Carolina, Virginia and West Virginia.

And it is under-exploited. Not only is the amount of growth greater than the level of harvesting in every state, but in all of them the harvest level is less than half of the growth level. This is partly because Tulipwood is a fast-growing timber and regenerates, not only by natural reseeding, but also by re-growing from the stumps of harvested trees.

In addition, and particularly useful in structural applications, it has a very high strength to weight ratio – that is, it is much stronger than one would expect for the weight. American Tulipwood CLT is around three times stronger and stiffer in rolling shear than its softwood equivalent.

Like all timbers, Tulipwood is a carbon store. Calculations show that, at the point at which the Tulipwood reached the factory in Germany where the CLT is fabricated – after felling, sawing, drying and transport – it was still storing far more CO2 than had been generated through its processing and transport.

dRMM is a London-based studio of architects and designers, founded in 1995 by Alex de Rijke, Philip Marsh and Sadie Morgan. The practice takes pride in carrying out work that is innovative, high quality and socially useful. dRMM has a track record of creating extraordinary architecture within the standard constraints of the construction industry. Their radical projects are led by site, client needs, concept and construction, rather than formulaic or style-based decisions. They are known for such high-profile projects as Kingsdale School Hall, Hastings Pier, Endless Stair, Sliding House and Faraday House at the Battersea Power Station.

Since 2000 dRMM has pioneered the use of engineered timber as the most relevant material for 21st century architecture. The practice’s timber research includes the competition winning prefabricated timber housing method Wood Blocks, a solution to the UK’s housing shortage which reduces building costs by 40 percent and construction times by 25 percent. The studio co-invented Tulipwood CLT in 2013 for use in the imaginative structure, Endless Stair. 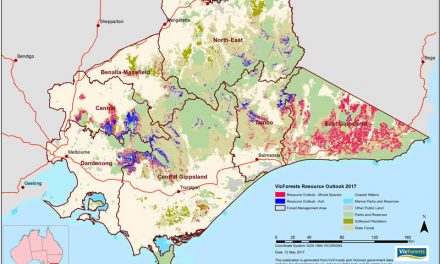 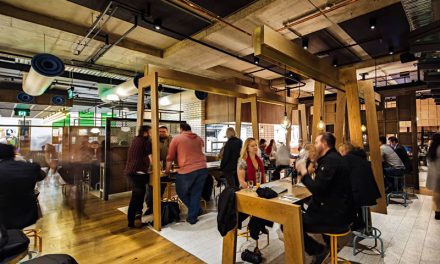 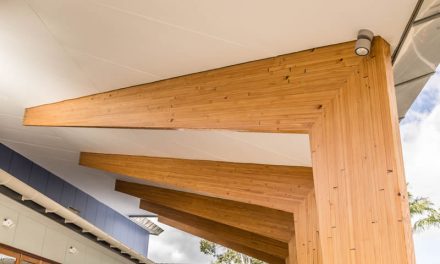 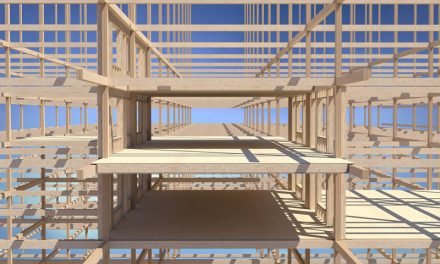