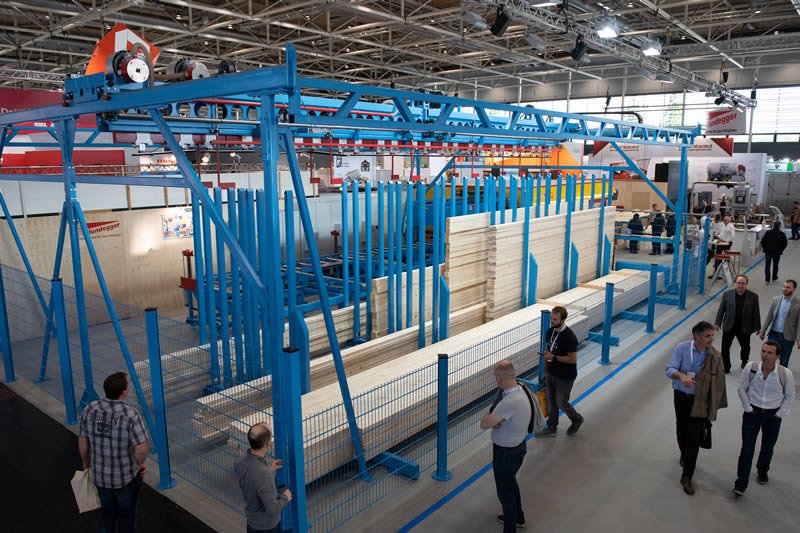 The best of the timber industry were on show at Ligna 2019. Here are some of the highlights.

There were familiar names in attendance. Hundegger was showing some of its best-performing models, such as the K2-Industry joinery machine, which can process sections 300mm wide, and Speed-Cut, able to quickly cut trusses from both light timber and glulam. The Hundegger TrussLinc system was a firm favourite. An integrated ‘Industry 4.0’ innovation, it’s based on the TurboDrive saw that can cut stacks of four boards, improving capacity by up to 300%. The TrussLinc system doesn’t just drive the saw’s cutting plan, it coordinates the plant’s modular automation to provide the best on-time deliveries of jobs with accurate reporting, labelling and optimal efficiencies throughout the production process. It also coordinates with the needs of humans, with jobs in progress able to bump forward or back as demands change. The booth’s beer garden was also a crowd pleaser.

Homag, who announced a strategic partnership agreement with Hundegger in April, had a number of innovative new products for the furniture and kitchen segments, but attention was really grabbed by their intelliAdvice App, which uses crowd-sourced learning to suggest solutions for customer problems. As feedback comes in, responses are given ratings based on their usefulness in the real world, and new options added. Their 24/7 eShop offering anytime access to spare-parts with quick delivery was another popular initiative.

Biesse celebrated their 50th anniversary with a huge automated plant set up with elevated walkways to give customers a clear view of all actions. Next door was their digital services section, showing how their systems work seamlessly from creating orders through to delivery.

Building on Festool’s success with its SawStop technology (now able to stop a saw blade within five milliseconds of it making contact with human skin), two companies launched systems designed to stop accidents before they happen. Felder’s Preventative Contact System detects accidents before they happen and instantly drops the saw blade under the saw table. The whole saw blade area is surveilled, offering protection from every direction. And, when the risk has past, at the touch of a button the undamaged blade can be returned to work. Patent-pending, the system is currently available to order as an option.

Altendorf’s ASA safety assistant was also on show at Ligna. Its safety mechanism is similar, dropping the blade below the table with no damage to the machine (unlike SawStop, which sacrifices the blade in favour of fingers). It uses cameras rather than sensors so that work gloves are detected and unusual readings from damp wood, for example, don’t affect the machine’s understanding of what is and isn’t a body part. ASA’s patent process is underway and a release next year is likely.

Also mixing safety with better machinery was Holz-Her’s Zentrex 6215, where the two-stage extraction management system minimises chips and dust at the same time as maximising cutting efficiency and accuracy.

More than just excitement for viewers, Ligna offered immediate opportunities for exhibitors, with many reporting increases in sales, some in the order of millions of euros for a single order. 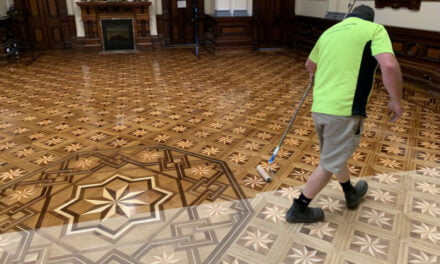 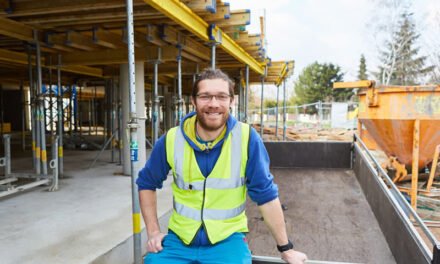