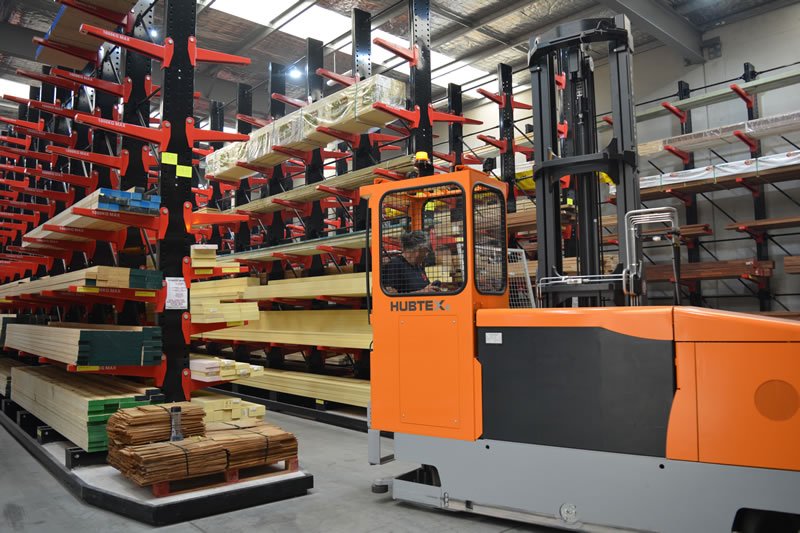 For 23 years, North Shore Timber and Hardware has built its store’s capacity around Hubtex sideloaders.

North Shore Timber and Hardware (NST) grew into a Sydney-wide operation during the time it was managed and then owned by the late Keith Wilkinson, a true innovator in the industry.

One of his biggest impacts was moving the store’s timber onto a cantilever system when NST opened its first indoor facility at Thornleigh in 1986. “No one else was doing it, and there was nothing available in the marketplace,” says Geoffrey Wilkinson, general manager at NST and Keith’s nephew.

“Keith got a welder in and they fabricated their own steel racks. They were massive, thick, cumbersome and heavy because that was all they could get. Now it’s an industry standard and everyone has it. There are many manufacturers and it’s lovely and lightweight these days, but this system would never have been possible without a sideloader. That machine is a critical part of the operation.”

In those days, they used a Baumann sideloader, which did the job, but required wide aisles: around 2.4m, and wider racking.

Then Hubtex Australia opened in 1995. “Keith got in touch with Bill Parry at Hubtex a couple of years later,” Wilkinson says. “Bill showed him the range, told him what they could do, and Keith got the first of these narrower sideloaders for our Waterloo store. Ever since then, we’ve gone with Hubtex.”

The new machine was physically narrower and could run in aisles with rails only 1650mm apart, a considerable space saving on the old Baumanns. “It meant we could fit in more timber and get more stock stored,” says Wilkinson. “This gave us a lot more racks, more picking locations and less wasted floor space. It’s a massive difference in the picking bays. That’s what’s most important for us: those first three shelf heights that contain loose pieces of timber. The more of those we can have, the bigger variety of timber we can have on hand for our staff to go to and pick out pieces for different jobs and then send on to the customer.”

Now, all the timber in every store is based around a sideloader and cantilever racking. And NST uses Hubtex machines in all its six stores – two in the larger ones. “We’ve even still got that first one we bought in 1997, still up and running as a backup unit at our Miranda store. It’s a really good machine!” Wilkinson says.

“More importantly, it changed the way we do business. We could store far more stock than our competitors and it’s all indoors and so quick and easy to access.”

The NST sideloaders are electric models, mostly the AC ML25 series. “You notice the lack of noise,” says Wilkinson, “they’re much quieter than gas-powered or diesel-powered forklifts. We charge our sideloaders of a night, to maximise our energy efficiency, but we’re currently in the middle of a major revamp that will see the business install solar panels and batteries to go offgrid, which will be even more efficient.”

He points out the sideloaders were the business’s first step in a long-held plan for transitioning to peak energy efficiency. “We’ve actually upgraded all our front-loader forklifts so that they’re electric, too, and all the company cars will soon be electric – eventually all the trucks as well,” Wilkinson says. “This machine we bought in 1997 is completely in line with what we’re trying to achieve now, 23 years later.”

Of course, there have been updates in the models and the range on offer has changed over the years. The most recent machine was bought only last year, and the NST team seriously investigated going with a stand-up unit. “There’s a slight ergonomic advantage for the operator’s neck,” says Wilkinson, “but when we talked with our team, they decided the one we have with the little cage and the swing-out seat seems to be pretty perfect. And there’s a lot you can do with it in terms of customising for additional safety features or to help minimise the risk of damage to stock or racking.”

The NST Hubtex machines are customised for optimal safety, with measures such as keeping arms within certain height parameters or the sideloader not being able to move when the forks are up in the air.

“We did a safety audit through the stores and identified areas that could improve, then we called out the Hubtex technician to implement those changes,” Wilkinson says.

“It’s been quite easy on the newer units. We’ve had to retrofit the old ones a bit, but there are technicians in Sydney who can do what we need. We haven’t had a single accident yet, but we don’t rest on our laurels when we can be doing something better.”

Hubtex is an international company with a history of providing solutions for the long, difficult and bulky loads common to the timber industry. It’s well known for its multidirectional electric sideloaders, that have high manoeuvrability in confined spaces and works closely with customers around the world to find the model that best suits their needs.

“We’ve kept coming back to the ML25,” says Wilkinson. “It’s quiet, it runs cool and without pollutants and it has low running costs – which will be even lower when we finish the solar conversion. The low platform height and 770mm-wide platform are ideal for managing the narrow aisles we need to fit our desired racking spacing and the unit manages all our timber picking needs.”

The sideloaders not only manage picking from the bottom three racks directly onto picking trolleys, when those racks are depleted they can also lift down bulk packs stored on the higher racks and slot them into the picking location. All the operator needs to do is cut the straps and the timber is ready to pick from.

“In many ways, this sideloader has shaped our stores, and helped to shape our growth,” Wilkinson says.

As each store has been remodelled over the years, one or more sideloaders has been part of the upgrade. Waterloo was quickly followed by Chatswood. Thornleigh had its prototype racking replaced with a mass-market model – the broader industry having caught up to Keith by then. A series of new stores were added to the NST stable: Warriewood and then Gosford rounded out the 2000s, with Miranda opened in 2012 and the Waterloo store moved to a new facility at Eastgardens last year. “Each time, we bought a new Hubtex,” says Wilkinson.

For most machinery, two-decades-plus would be enough time to have gone through a generational change, however, “We haven’t gone through the phase out of any of our Hubtexes,” Wilkinson says. “We still own and use the first one at our Miranda store. That’s a store where we really only need one-and-a-half machines, so it’s perfect for this older model. It keeps the machine in use, with its battery regularly cycled, and if there’s a problem with a unit at another store, we could ship that one across.

“It hasn’t happened yet, but we’re prepared if we ever have a breakdown, as our layouts are very specific with the aisle widths we’ve chosen. We can’t just pop in a ready-made unit from somewhere else. When we order a new unit, it’s a 16-week custom build to our requirements.”

Wilkinson has only been managing NST for four years and is clearly keen to carry on the work of his uncle in keeping the business at the forefront of both systems and service.

“We’re constantly optimising and looking for more efficient, safer ways to do things. We never stop,” he says. “That can make us a bit demanding as a partner, but we have a great relationship with Hubtex Australia. They understand and respect what we’re trying to do and will help where they can. We’ve never had any drama, even when we’ve made some pretty heavy demands on them.”

The changes being made in the business now have seen NST take full advantage of the customisation options available from Hubtex to improve safety, protect racking, minimise damage and improve efficiencies. “Of late, we’ve done a lot more work with them than we’ve done in the past,” Wilkinson says. “Before it was just a service and a check, now we’re pushing things to the next level as part of our overall optimisation.

“Because we’ve got such a range of units, from 23 years old to brand new, there are different technologies, and we’ve found them brilliantly supportive. Wayne from Hubtex works with Mick, our guy who’s been managing these changes, and together they’ve come up with really good solutions.”

In terms of general performance, Wilkinson points to the original machine: “We’ve looked closely at the maintenance and serviceability and then factored that in what the depreciating costs of a new unit would be, and the sums still come out that it’s more economic just to keep the one we’ve got, which is amazing. There’s no downtime!”

Servicing the newer units is admittedly easier, with the components having moved to a modular design that in many cases can be quickly swapped out.

Wilkinson says, “We have a team member who runs our whole servicing program. With these machines, there are so few problems and they are so easily fixed: most of the time we’ll get a message from our store saying ‘Sideloader down’ and before we do anything about it from head office, there’s another message saying ‘Sideloader back up’.

“But thanks to that close relationship, we know if there ever was an issue, they’d be here. Everything I’ve ever needed from Hubtex, I’ve got straight away, so I’m a very satisfied customer.”

Image: The Hubtex ML25 has multidirectional steering for greater manoeuvrability in confined spaces. 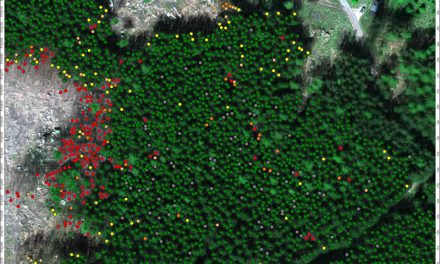 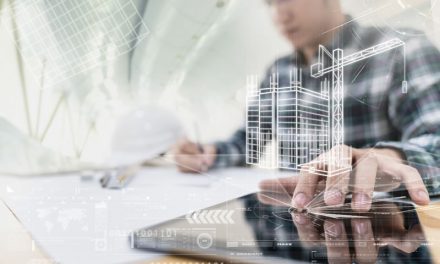 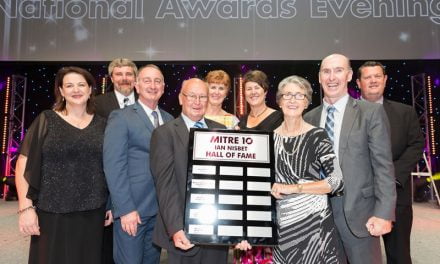 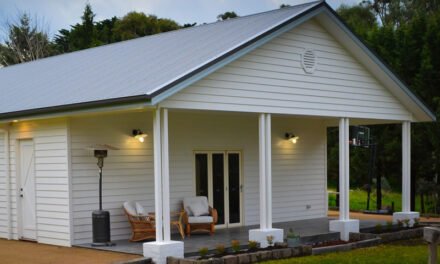