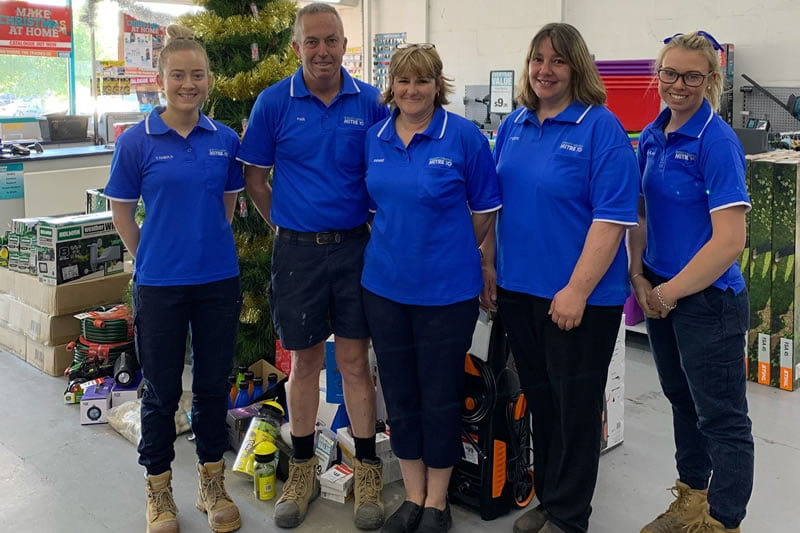 Permewans Mitre 10 has undergone a great period of growth and revival over the past two decades. So when a competitor with deep pockets came to town, this local hero was ready.

At the start of practically every successful business story, there is a familiar pattern of long hours, hard graft and thinking super-quickly on your feet to grab hold of your market and build it.

When Paul and Denise Bast bought ‘Good Old Permewans’, then a Thrifty-Link store in Hamilton, south-west Victoria, they did just that, and had remarkable results. Just when things were going smoothly, they had to suddenly do it all again when a national chain store moved into this regional centre in 2019. But the Basts took on the challenge and have emerged even stronger and more successful. Here’s how they did it.

Paul had worked at LA Walker Mitre 10, “the other Hamilton hardware store” for 13 years, including as store manager, when he and Denise decided to buy Permewans in 2002. Operating out of the same location since 1902, the store was a town landmark with a great location, but had lost its way.

“I grew up in Hamilton and Permewans had been a very prominent business in town, but by the time we bought it, it had been running down for a while,” Paul says.

Undeterred, he could see the potential of the store. Unlike LA Walker, then the town’s trade specialist store, Permewans’ business was mixed, with rural supply, produce and DIY making up most of the sales. Paul knew the local area relied on the store as a one-stop shop and was determined to keep faith with long-time customers at the same time as drawing in new ones.

“We knew that achieving our goals for sales relied on service,” says Paul. “So we took on all the staff. A lot of them had been long-time employees of Permewans and they knew the customers well.”

While the staff were welcome, the stock was largely outdated and insufficient. “On purchasing, we held a big clearance to clear a lot of the dead stock and we rebuilt from there,” Paul says. “It was a pretty tough time for about three years. The business grew very quickly, as we opened up the trading hours and put in place a number of other initiatives. We worked seven days a week and at the end of the day there wasn’t a lot left in the pot: we had a very busy store!”

Even more than the standard Independent Hardware Group store, Permewans was and is particularly local. Both townsfolk and rural customers had long been used to it selling general produce as well as hardware, which led to an extremely eclectic range. As Paul puts it, “We’ve got bulk honey, there’s a lot of pet supplies, we sell fish, we do home brewing… We have all the products a normal hardware store has and then we’ve always had these little pockets in our business that we’ve kept because they have a strong community connection. We do big containers of gravy powder and bread flours, so there’s a bit of grocery in there as well. Those type of lines have been hero lines for us, and we’ve made sure we’ve held onto them.”

The hard work paid off: Permewans won multiple state awards and rebranded as a Home Timber & Hardware store in 2014. In 2015, the Basts bought the timber and plumbing business next door (the timber yard had been sold off from Permewans under a previous owner) and expanded the hardware and timber offer, becoming an even more effective ‘one-stop’. In early 2019, the store won National HTH Store of the Year at the annual IHG Awards. By then, Paul was even getting regular sleep and days off.

Then Bunnings arrived in Hamilton.

“We sort of expected it,” says Paul. “There had been talk in our town for nearly 10 years that Bunnings would be here at some stage. So we started future-proofing years ago, with decisions like buying back the timber yard.”

When word went out that Bunnings was buying Walker’s, Paul was one of the first people to hear of it. But the news was less of a shock, more of a challenge, and Paul felt the Permewans team was up for it. “I felt we could even prosper under the new environment,” he says. “That we could grow sales and do things that they don’t do. So we had a meeting with IHG and we looked at our strengths and weaknesses and opportunities and started working on them.”

Aware that Hamilton had grown used to identifying Mitre 10 as the speciality trade brand in town, the Basts took two key steps to take ownership of that sector before their competitor moved in. The first was a simple speed-up of their expansion into the trade side that had already begun with timber, plumbing and site deliveries. Now they set up relationships with specialty suppliers that local builders were familiar with. The second was to rebrand as a Mitre 10 store and to re-design the store itself – suddenly Paul, Denise and the team were working round the clock again.

“There was a very short period of time to get everything done,” says Paul. “IHG helped by sending out a couple of people who were really handy, and our staff were great, but there was a good month there when I was only getting four or five hours sleep a night.”

Much of the work was done in the period between Walkers closing and Bunnings opening, where for eight weeks, Permewans was trading on its own in Hamilton. Paul seized the chance to get the local tradies into the routine of choosing his store.

One of the biggest changes was to the timber yard, which was extended and had new racking installed to fit the new ranges. “It was gravel, so we needed to put down 2200m2 of concrete,” Paul says. “And since we were the only ones trading in town, I was on the forklift every night, moving things so they could do the next pour and we could still get our customers in the next morning.”

At the same time, the outside of the building was receiving its official blue coat and the signage and displays inside were being tweaked. “Luckily, we weren’t far off the mark to begin with our in-store displays and ranging,” says Paul. “Overall, it was a massive job but we knew what we had to do and we knew that it wasn’t forever, this was just a time we had to work through.”

Along with the practical changes, the Basts revisited their marketing approach, which had always relied heavily on local radio. “We changed our tagline to ‘locally owned’,” Paul says. “We did this right at the start of the process, so there were four months before the competitor opened where the consumer was hearing the message that we were local, local, local. We also sponsored a segment on the radio where a tradie can put his ad on and it runs our tagline at the end. Between that and our other sponsorships, it reminded people who’s really part of this town.”

Since that frantic few months, Hamilton Bunnings has opened, much of Australia caught fire, and a global pandemic has hit. So how are things going at Permewans?

“Our timber sales for the first quarter of this year are up 280%, so it’s going all right!” Paul says, laughing. “We survived this past year well, thanks to our staff, who have helped us out a lot. They made it possible to get through what had been a longer-term trade growth plan in a very short time.”

Eight new team members have joined the existing 20 over the past 12 months, two of which were ex-Bunnings. “One of them had worked with me at Walkers,” says Paul. “He didn’t feel the Bunnings ethos suited him and felt Permewans was a better fit. So he came over and then about three weeks ago, another guy followed. That’s taken the pressure off. It’s probably only been the last three or four weeks out of the last 18 months that we’ve been able to catch our breath.”

The store’s success has been important to the community in a time of recession and Covid. Many of the staff have been there long-term, including one who came with the buyout and several who followed Paul over from Walkers. And those aren’t the only jobs Permewans has helped keep going: local builders have been able to take advantage of the expanded range, deeper stocking levels and easier access to help grow their businesses, too.

Paul says, “We’ve got pretty well anything you’d want out of a timber yard: pines, Design Pine, LVLs, glulam, all your decking – spotted gum, merbau, treated pine, cypress – and then posts and so on. We set the yard up so they could get in and out in a hurry, with everything they want.

“And for people who are really busy, we will save you money by getting it on site with our delivery fleet that includes a crane truck. So if you give us an order – however you want to send it to us: call, email, a photo on your phone – we’ll have it on site for you early that morning so your team can just keep working. It’s very much a service philosophy that we work on.”

Jobs haven’t been the only way in which Permewans has helped the Hamilton area this year. A donation of 5000 masks to the local hospital to distribute to people who can’t afford them is the latest community sponsorship in a long list. Paul shrugs off praise, saying that as members of the community, he and Denise benefit, too.

“We’ve always looked at things the community needs at the time,” he says. “We have a crossing lady here in town and she’s very helpful. Some years ago, the council were going to defund her, so we paid her wages until they reinstated her. Little things like that are easy to do. And then we’ve got the usual sports teams, preschools, cake decorating committees… we try to help everyone out in some way. Our opposition is all corporate and they play nice on TV. In bigger areas that probably works for them, but around here, we can do a lot better than that for a lot less money.”

As for what’s next on the table, Paul and Denise, who manages the office and accounts while he focuses on the store, have a simple goal: “Maybe a little bit less work.”

Even then, Paul has a list up his sleeve, saying, “We’ve still got a lot to do in store. We’ve moved most things to cater for the growth in business and the changes, but there’s a fair bit of work left to do to finish off. The next 12 months to two years will be working on some of the ranges internally to finish off what we intended to do.”

His next successes will be built just as this one was: “We just try to do the best we can do, there’s no set formula for it. It’s just making sure we’re doing the best we can do. There are always avenues for improvement. We’re always looking for different ways we can improve and grow our business.”

Image: Some of the valued Permewans’ staff, including Paul (second from left) and Denise (centre) in the new Mitre 10 uniforms. 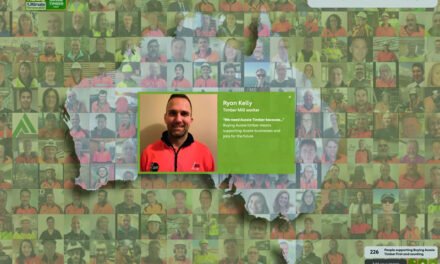 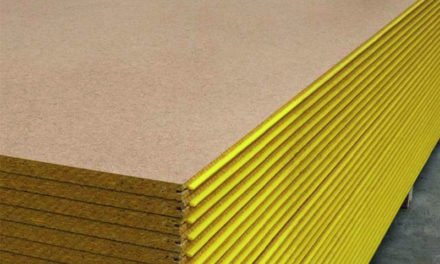 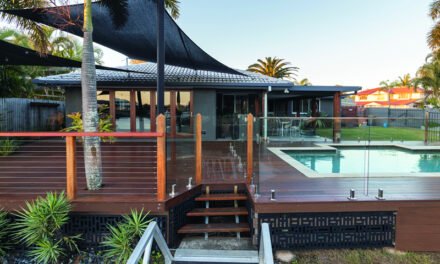 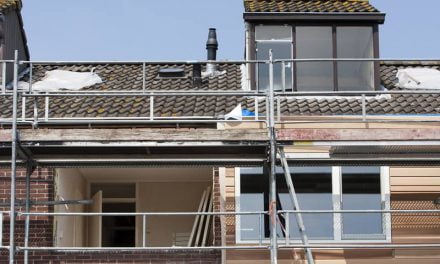 From the Case Law Files