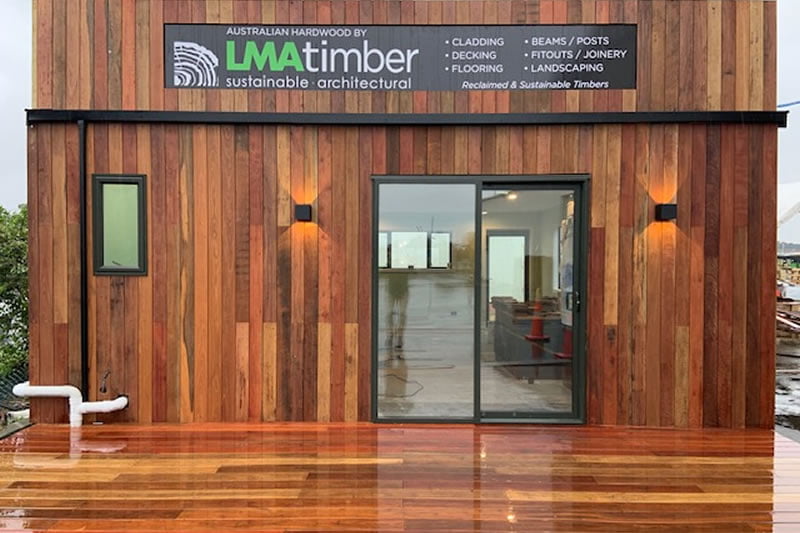 Martin Thompson loves good buildings and timber. Talk to him for more than five minutes and you’ll hear about the history and future of housing and commercial building across New Zealand. Do it on Zoom and he’ll hold wood samples up to the camera and apologise for the fact you can’t feel their weight and quality. So it makes perfect sense that he’s the man behind LMA Timber, a new-ish sustainable architectural timber firm distributing Kennedy’s Timbers in New Zealand.

“I first came across Michael Kennedy and his recycled product range in 2016,” says Thompson. “It was a complex set of events that led to us distributing it, but we’ve now spent two years going around the country showing the product. New Zealand is really big on being reclaimed, sustainable and green and this product represents a real point of difference to most available here, particularly with the cladding.

“We use a lot of cedar pine and larch, but they require a lot of maintenance, which equals time and cost. Having something that tells a story and is re-purposed is fantastic and Kiwis are jumping on that bandwagon. The product speaks for itself: I give people a sample of the cladding and they can feel the quality straight away. And because it’s a similar price point to cedar and more durable (naturally 40-plus years), it’s a no-brainer. From the start we’ve had orders coming in and it’s really taking off now.”

This month, the company opens its main showroom/office in Christchurch on New Zealand’s South Island. Thompson says, “The grand opening is on 5 August. The mayor of Christchurch and the mayor of Waimak, where I’m from, are coming to open it. I was trying to get Jacinda Ardern along, but, sadly, she’s busy with the Covid-19 epidemic and upcoming election.”

Surprisingly, Thompson didn’t start his career in building or timber merchanting. “I come from a marketing and sales background, and had a range of careers both here and in the UK, where my wife is from, that stretch from working in TV to renovating houses to providing personal injury rehabilitation services throughout the UK,” he says.

“When I came back to NZ in 2015, I was approached by a friend who had always wanted to start his own building company and wanted me to join him. I said, ‘I’m going to work with another building company for a year, learn about all the systems we’ll need, and then I’ll come and work for you.’”

Thompson was as good as his word and the company they formed committed itself to sustainable builds that delivered high-performance, energy-efficient results for the rugged Canterbury region and beyond. One of their early builds was his friend’s family home, which was featured on the New Zealand Grand Designs program in October 2016. “As part of the materials search, we came across Kennedy’s Timber in Brisbane and utilised their reclaimed vertical shiplap cladding,” he says. “I was immediately impressed with the product.”

Thompson could see that there was a viable business opportunity in New Zealand to take this further and formed LMA Timber in May 2018 with another partner, who in October 2019 sold his share to the Caldwell Group, who own ITM Dyers Road – a major independent building merchant in the Canterbury Region – and Christchurch’s VIP Frames & Trusses and VIP Structural Steel among their properties.

Over these two years, Thompson has been travelling around New Zealand educating architects, builders and potential clients about the benefits of building with Australian hardwoods.

“It’s been a great way to meet people and tell them about what we can offer as well as learn the details of the market,” Thompson says. “During that time, we’ve also been working with Damon Sayer of Build Smart, who educates architects and specifiers around New Zealand about new and innovative products so they can start detailing them on their plans. Between the marketing we’ve put into LMA, and the interest driven through Build Smart and our relationship with ITM, the business has really begun to grow and expand, which is great.”

The obvious question is why import Australian hardwoods into leafy New Zealand? Thompson admits it sounds odd on the surface: “The truth is there really isn’t an abundance of reclaimed resource available here. We had a little bit of Rimu after the earthquakes, but there’s not a lot of re-purposed timber. In Australia, you’ve got 200,000 power poles a year being reclaimed and re-purposed, wharf beams, bridge beams, warehouses and other buildings…

“And the timbers themselves have a different kind of hardness and durability that we can actually utilise to make the products low-maintenance and durable over here in New Zealand,” he adds.

The Kennedy’s Timbers range of products and associated services are also particularly attractive to the New Zealand market, which has a strong tradition of timber-framed building and architectural features.

“The reclaimed hardwood cladding is the thing that launched us and is around 60% of what we do, but we also do a lot of architectural and construction work with the big beams and posts,” says Thompson. “Michael and his team offer custom fabrication, which is fantastic. Sawn hardwood flooring is also having a renaissance here and people are moving away from the tropical rainforest decking that is common in New Zealand, like Kwila, Garapa and Purpleheart, to something more certified like the Australian hardwoods. So it’s a real spectrum of products.”

A steady stream of containers travels between Kennedy’s in Australia and LMA in Christchurch, carrying timbers that have been fabricated or milled to order, with pre-oiling and staining services also offered.

“Our building codes are different to Australia’s, so our shiplap profiles, for example, have to be done with weather grooves and other bits and pieces,” says Thompson. “We’ve specially designed our vertical, horizontal and bevel-backed cladding to meet NZ requirements.”

While most product is ordered in milled, there will always be situations involving rushed or special needs, so LMA also holds some feedstock that can be milled at a local timber yard if needs require.

Most of the market so far has been residential, but there is a drive into the commercial market underway.

“There are a lot of commercial developments going on throughout New Zealand and many core Government/Council projects such as the new Metro Sports Stadium in Christchurch,” Thompson says. “These developments complement what we can offer with councils particularly keen to use sustainable products that are not only low maintenance but cost competitive. We have a number of big project tenders we are working on at present and are quietly confident that our point of difference to what is usually available in New Zealand will put us in good stead to win these jobs and continue to grow the business.

“I would love to carry more from NZ and if the opportunity comes, I will,” Thompson adds, “but people like the fact the timbers have a story regardless of the fact it’s an Australian product. They enjoy the story of where it’s come from and knowing they’re doing something good for the planet.”

Since February this year, LMA Timber has been a full-time job for Thompson. “We’ve reached a point where we’ve grown beyond our smaller contracts and that’s going to keep expanding,” he says.

In addition to their work with architects and specifiers, the team have spent the last eight to nine months focusing on Google adwords to get the product in front of the general public as well as going to home shows plus Facebook campaigns and Instagram.

“And then the third thing we’ve done is target builders,” says Thompson, “because a lot of builders do a lot of design work. The ITM relationship has allowed us to open up a lot of other doors, it’s a fantastic fit for us.”

ITM has recently proposed LMA Timber as part of their tender for rebuilding the New Brighton Surf Lifesaving Club. It’s not a favour: the 40-year lifespan of the recycled product makes it an obvious choice in the seaside location and will lessen the ongoing costs of the building.

The inherent toughness of Australian hardwoods and their ability to withstand harsh conditions and still look good have been key points of difference in Thompson’s marketing strategies.

“We do not get spoiled for choice in New Zealand, and a lot of the choices we do have are also very expensive,” he says. “The building market hasn’t had a timber product like this come out for a number of years. The last innovative things to come along were Abodo and Accoya. Yes, hardwood has been around for a long time, but it hasn’t been merchandised on a grand scale with a finished product like this. There’s a lot of excitement out there.”

Although LMA has already secured sales across the South and North Islands, Thompson is keeping the company’s distribution base in Christchurch for now and freighting out from there. Any small additional time is compensated for by the economies of scale in shipping whole containers from Australia.

“It’s about NZ$6000 every time we bring in a container, and we can fit about 22-23 tonnes in each container,” says Thompson. “So when you divide that out amongst the clients, it’s about 31c/kg. For six or seven big beams, that might add up to $150 in freight all up. That’s pretty good. A lot of products that come into NZ, including cedar, come from North America, so they’re travelling all the way from Canada and usually making multiple stops along the way.

“We will be expanding across the country, once we have really strong systems in place,” Thompson adds. “I’m a big believer in making sure you can walk before you run, so I’m keeping a lid on things a bit at the moment, but there’s great potential through the exposure we’re getting.

Although often thought of as a small market – New Zealand’s national population of some 4.9 million people is less than Sydney’s – the country’s love for timber and willingness to embrace quality products equal significant opportunities for companies that really invest their time there.

“It’s taken effort from us on both sides,” Thompson says. “Not only have we had to build the market here, Michael wasn’t going to give the New Zealand distribution to any Tom Dick or Harry. It took some time to work through the process issues for both of us because we had different approaches. But we both did that work and now there’s a lot of confidence and trust.

“Kennedys Timbers is really starting to see the fruits of these efforts and we have the potential to deliver as much business from New Zealand as is currently being produced in Australia.”

For more information on the product range, visit www.lmatimber.co.nz. The showroom has now opened at 281 Dyers Road, Bromley, Christchurch. 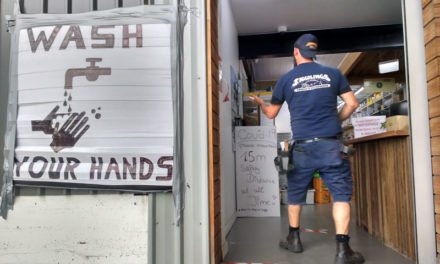 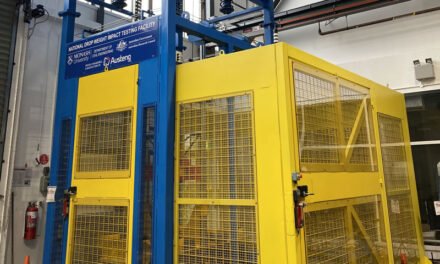 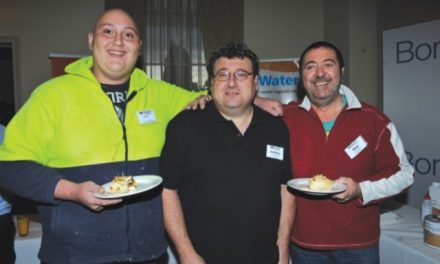 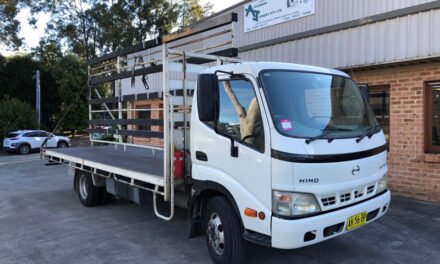