A hundred reasons to attend the BCMC

MiTek Australia are organising a tour to the USA for this year’s Building Component Manufacturers Conference (BCMC). The event’s theme is “˜Building Innovation – Framing Success’.

As a reward for early bookings, the first ten MiTek fabricators to register will receive a $US100 bill (also known as a Benjamin), to spend at the Harley Davidson Museum, the venue of the much anticipated MiTek Appreciation Dinner.

“These nights are huge, exceptional food and entertainment and a lot of fun,” said Andrew Bricknell, Managing Director, MiTek Australia.

“It’s the most sought-after ticket in town and everyone who comes on our tour is guaranteed entry,” he said.

The 2015 BCMC event, to be held in October in Milwaukee, Wisconsin, promises to be one of the best yet. The USA’s building economy is in the midst of a growth phase, and the enthusiasm and support shown by the 23 industry exhibitors bears testament to that.

The BCMC is the event for structural building component manufacturers to gain knowledge and explore new equipment, networks and processes. With several top leaders in attendance, this is a great opportunity for the industry to connect with peers.

As one of two principal sponsors of this year’s BCMC, MiTek USA will have a very strong presence at the conference, showcasing the largest exhibit at the venue. MiTek’s key message will be: “˜Better Technology, Better Building’.

“The feedback in anticipation to the event has been very positive,” added Andrew.

“We haven’t organised a tour to the BCMC for five years now – but the vibe we’re getting from the USA, as well as the excitement being generated within industry circles, tells us this is a “˜must see’ conference.

“Over the past few years, the message has been about consolidation and “˜gearing up for growth’ – but there’s a real energy and positivity at the moment about the state of the building industry and where it’s heading.

However, MiTek want to add even more value to the trip by including some special events and a visit to one of North America’s largest fabricators.

“They’ve got six plants across North America that all specialise in the multi-residential market. Given this type of building construction is becoming more prominent in Australia (especially on the east coast) we’re sure our fabricators will find much of their operations and procedures very interesting,” Andrew added.

Some other highlights of the tour will include time in the blues and jazz capital of the world, New Orleans.

The tour will then descend upon Milwaukee for the BCMC conference. Following that, the Australian tour group will be off to New York for a few days, then onwards to Boston. All up, the tour will run for 12 days, from 17 – 31 October, 2015.

“We expect quite a few regular customers to jump on board, because many see great value in these trips, so registering quickly will be the key to ensuring you’re one of the ten recipients to get a “˜Benjamin’,” said Andrew.For more information regarding the BCMC tour and for terms and conditions, email anne.miller@mitek.com.au, or alternatively, call your local state office. 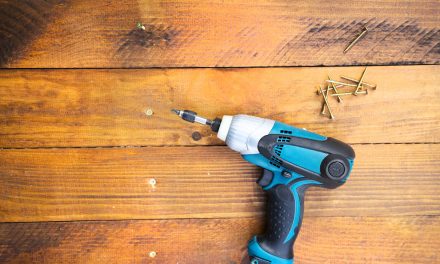