Viewing themselves as a one-stop shop by manufacturing roof trusses, wall frames, PosiStruts, aluminium windows and entry door units, as well as supplying a wide range of structural timbers and building supplies, Langs Building Supplies employs more than 250 staff across two locations, the other being Caloundra.

However, it is MiTek’s PosiStrut floor trusses that have become a focus for them in recent years.

“Langs has been making PosiStruts for quite some time,’ says Ashley Henkel, Langs Fabrication Administrator.

“About 18 months ago we had the chance to purchase an Owens roller floor truss press, ideal for manufacturing PosiStruts at volume.”

So when one of Australia’s largest and most prolific property developers, Australand, chose Posistruts for the Hamilton Reach project (6 km north of the Brisbane CBD) the developers knew exactly where to go.

“We know PosiStruts can deliver tangible on-site benefits, both in construction and for the following trades,” says Blake Troy, Australand Project Manager.

“Plus, we had worked with Langs before, so we were confident they could answer our needs both in terms of quality prefabrication and reliability of delivery on this job. Timing was an issue too – we have pretty tight deadlines.”

Hamilton Reach is part of the Urban Land Development Authority’s Northshore precinct, a $5 billion urban renewal program. It encompasses 2.5 hectares of parkland, more than half a kilometre of river frontage, and boasts the Royal Queensland Golf Club as a next-door neighbour.

Australand has been working on the ‘Atria’ project (housed within Hamilton Reach) since 2013, developing each area in stages and winning awards along the way.

“Most of what we are building in the Atria are owner-occupied properties, not investment or rentals. This is a prime area, and the people who live here expect a premium product,” adds Blake.

The Atria South project (the second development) comprises 68 apartments, in addition to the nine terraces. The layout of each of the terraces is open-plan, with floor-to-ceiling double-glazed windows; ideal for taking in the river and parkland views.

Langs were asked to supply MiTek PosiStrut floor trusses and large-span Warren roof trusses, and all of these trusses were made from treated pine.

“PosiStruts are an obvious choice for us on a job like this,” says Blake. “The fact they can be cantilevered is definitely a benefit to us, and suited our design perfectly. We’re also very conscious of occupational health and safety, so PosiStruts’ light-weight design and easy installation is a bonus.”

As Project Manager, Blake is always looking for ways to speed-up construction – without sacrificing quality.

“The more products we can get prefabricated, the less time spent on-site. PosiStruts help take man-hours out of the job,” explains Blake. “Add to that the easy, open access for services like electricity, plumbing and air conditioning ducting,
and the advantages keep going long after they’re installed.”

“The versatility of the design and manufacture of PosiStruts is a big selling point,” says Ashley.

“This job also included recessed showers, cogging into steel beams, concealed beam pockets and ribbon plate pockets on some of the supporting walls. All were easily incorporated into the prefabrication process.”

Working in and around steel can be a challenge at the best of times – but having the flexibility of design PosiStruts deliver can accommodate this challenge with ease.

Blake says he is keen to use Langs and PosiStruts again. “We still have a lot to do on this project, as more stages are planned. There’s a real sense of positivity in the Queensland market and more developments are always on the planning table,” he adds.

“At Australand, we pride ourselves in helping to create communities not just buildings. However, the quality of work will always be a focus, and establishing relationships with suppliers like Langs, who can be a part of that, is very important.

“We’re always on the look-out for products (like MiTek PosiStruts) that can help us improve quality and speed-up construction,” Blake comments. 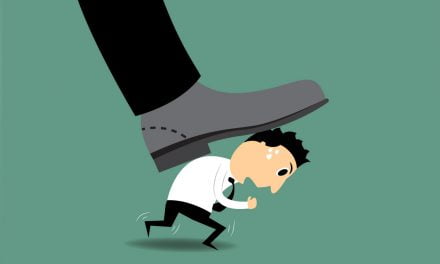 How can you prevent bullying in the workplace?