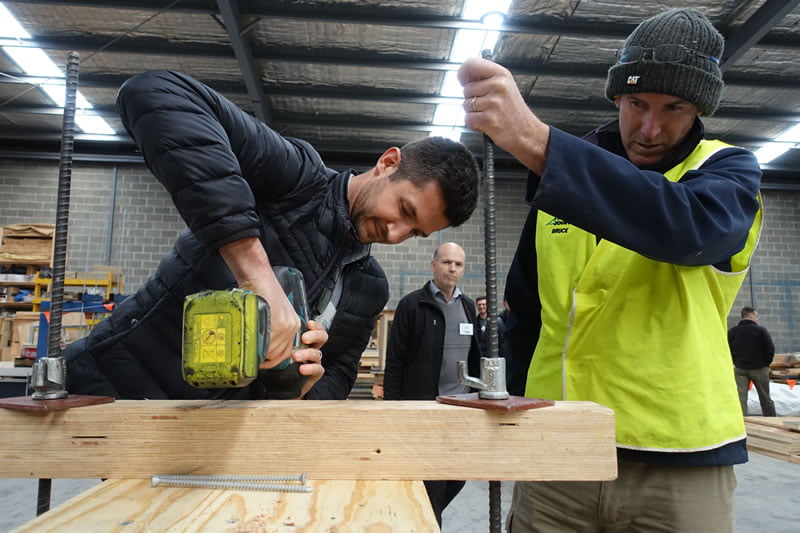 Wesbeam’s workshop for fabricators is designed to educate and inspire.

Sir Ernest Rutherford was a Nobel Prize-winning Kiwi, known as the father of nuclear physics. Coming from New Zealand and working at universities in Canada and Manchester, he had limited budgets, a situation he famously summed up as, “We’ve got no money, so we’ve got to think.”

While there’s a bit of money in timber fabrication, one of the most common complaints is that there aren’t enough people trained in engineered timbers. With no major training institutions working with the material, Wesbeam has stepped into the breach with a spot of exemplary thinking, and on August 10 ran the Wesbeam Tall Timber Building Systems Inaugural Timber Fabricator’s Workshop.

Twenty-three fabricators, designers and engineers from around Australia, six Wesbeam staff, plus representatives from SPAX Pacific, TGA Engineers – where the workshop was held, and one editor braved a chilly Melbourne morning to sit in the meeting room of a small fabrication plant and learn.

Dr David Bylund opened proceedings. An architect by training, he has become one of the leading advocates for engineered timber in Australia, and is currently Team Lead at Wesbeam Tall Timber Building Systems. He thanked the workshop attendees for operating as guinea pigs for the day, noting that they had been selected because they were at the leading edge of the skills in new building opportunities.

A skills shortage has been one of the biggest issues the industry faces, Bylund said. “There’s ample Wesbeam LVL, and plenty of interest in using engineered wood, but we need more fabricators, designers and engineers who are qualified to work with the product.”

A round of introductions circled the room, and with them came a snapshot of the industry as it stands. Rob Nestic, a structural engineer who provided much of the technical expertise for the day talked about the fact that engineered timber should be competing against steel and concrete, not light timber. He sees it as a tool to expand timber’s overall slice of the market. He described his company as “looking for good, simple, easy-to-build structures, with few unknowns” and his role on the day as “sharing the lessons we’ve already learned the hard way, so you don’t have to.”

A number of attendees were comparatively new to the material, with several companies recently moving into panelised construction or LVL from steel.

Others had a longer history with engineered timbers. Kevin Hanrahan from GHA Group spoke of a previous venture running a CNC panel factory that never married the cost of its equipment with the volume of its work. He now produces panels that can be made within the context of traditional truss and frame work, without committing to $10-15 million in machinery.

There were nods around the room at this. Nestic in particular said the lack of continuity of work for mass timber projects meant that costly machinery could face periods of idleness. “A lot of our machinery is low-tech for that reason,” he said.

For others, including Ron Smulders and Sean Morley from Impresa, recent investments in CNC manufacturing plant were paying off, but they, too, were concerned about guaranteeing volumes.

Other attendees included consultants, builders and designers, and some of the heavier hitters in the sector, including Alastair Woodard from WoodSolutions, who has been a big voice in bringing mid-rise timber product to market. He spoke of the difficulties small companies found in tackling five- or six-storey structures: “It takes up all their time and physical space, and requires a huge upfront investment. It’s easier for them to look for linkages with other firms doing similar work and share the load.”

This met with a mixture of nods and wry grins. Bylund spoke about the potential of brokering deals to share out larger jobs among skilled companies. “We’re friendly competitors,” said a voice from the back, to general agreement.

The seminar part of the day began with a brief overview of engineered timber product and projects. As Wesbeam produces LVL, it understandably dominated discussion, but as Denis Cullity of Wesbeam declared, “The building will tell you what it wants, and they can easily be hybrid structures. There’s a lot of great CLT and glulam product in the market as well as steel – we have a terrific relationship with XLam, for example.”

Peter Law, Wesbeam’s Technical Manager, described using LVL for the main part of a mid-rise structure “and then sawn timber for the top two storeys as a cost saving where you don’t need the strength.”

In terms of materials cost, LVL is currently sitting around double the price of sawnwood, but quite a bit cheaper than CLT and several times cheaper than glulam. However, as Woodard emphasised, “The real cost effectiveness is in the construction and over the entirety of the project. You are mostly saving on time, labour and other site expenses, so you have to compare all costs, not just materials. Returns are better in mid-rise rather than residential, because those are the jobs that are large enough for the process savings to become substantial.”

Nestic agreed. When pitching, his company provides costings for all options and gives clients the tools to make sensible comparisons. Steel suppliers can drop their material prices very low, but the speed of mass timber construction keeps it highly competitive.

And price isn’t the only factor in play. One of the sample projects shown was a mushroom compost shed, where acrid ingredients including stable waste had previously chewed through the fabric of a steel shed within a year. The LVL replacement has so far worked well for two decades. Timber is simply better in hostile environments.

The qualities of LVL came in for close examination. Logs are peeled to create veneers that are dried, graded, glued, stacked in a layup station, pressed into cohesive units and then cut to their final form for sale (beams or slabs), which can be recut by the end user.

The mix of hardwood and softwood, sapwood and heartwood veneers is determined by the end product and carefully calculated with some 17 or 18 recipes, according to Law.

Pressing times vary by thickness, with standard billets of 28, 35, 45, 63 and 75mm. Thicker billets take considerably longer and can end up with darker finishes due to the steam and pressure of the process driving the natural resins of the timber to the billet’s outer faces.

For applications where the LVL’s outer surfaces will show, thinner billets or the specialist Wesbeam e-slab [architectural] (with carefully selected outer veneers) are advised. Thinner billets or slabs can be glued and screwed together to act as a thicker unit.

When it came to screws and fasteners, Bylund declared, “We’re agnostic on the topic. But Spax have paid for today’s lunch and snacks.” Jokes aside, the Spax product was an ideal partner for the Wesbeam LVL, with a range of head options for different requirements. The screws’ double coating gives the product a reliably long lifespan and the 4Cut square point pushes aside fibres, reducing the splitting of timber and installing faster and with less torque required than for standard screws, reducing the effort required by staff and the wear on tools.

“I like screws,” said Law, “they’re cheap and they stay put.” He recommended a mix of screwing and glueing, with the screws providing the pressure glue needs to achieve good bonds. Although the afternoon’s workshops didn’t allow time for gluing, the benches showed stalactites of adhesive residue remaining from previous jobs.

Law recommended planning attachments carefully when working with LVL. “We predrilled all the holes for a recent job because we realised the person putting the connectors in was going to be 10m off the ground. This way, they didn’t have to drill, they just had to put the connector in and make sure it attached to the underlying member.”

A raft of similarly practical tips followed, including involving the suppliers early in your planning stages. “We sell product as a 1200mm slab. If your design specifies 850mm for one area, there should be another area where you’re using the remaining 350mm,” said Bylund. “And if you’re not, we can help you find it.”

Other efficiencies, including designing joins into the structure of elements (stacking billets so as to create mortice and tenon joints, for example), managing crush risk in vertical elements and simplifying installation to quickly free up cranes, filled the rest of the morning, with experiences and advice readily exchanged.

Nestic spoke from the heart when he said “You have to push hard to find and sell the project in timber to get the system going, but once the system gets going, you’ve got that client for life.

Getting our hands dirty

The afternoon workshops consisted of four workstations building high-value elements that required very little in the way of specialist equipment and were achievable at most fabricator’s plants.

Station 1 was creating a mass column, of which thousands would be needed for timber high rise. Station 2 used e-slab to make up floor plates. Station 3 created a floor panel with 35mm billets, pulling out cupping with noggins and screws. And Station 4 built a box beam.

We divided into smaller groups and moved between the stations over the next 90 minutes. Materials were surprisingly basic: clamps made of LVL offcuts and reo, strapping to hold panel uprights in place, Makita hand drills, some points marked out to line up positioning and optional jigs that could be used to space screw placements.

I declined an opportunity to drill, both because I have zero experience at using the high-quality industrial drills provided and because I needed a step to get to a height where I could get a good angle. But I did lift a few pieces of LVL into place and found them much lighter than expected given their strength; less than two thirds the weight of the jarrah I’ve recently been working with.

Bruce Wallace and Kirt Dobbin from Victoria’s The Truss Joint managed most of the construction in our group and were surprised at the speed with which each project went together. Nestic explained that he would normally have a small production line going, with one person applying glue as needed, the next drilling, the next fitting the connectors, and possibly one last to make sure all surfaces were flush and clean. But even with the quick samples we made and took apart on the day, the results were surprisingly high quality, and the only splitting occurred when a screw was installed with very minimal edge distance and no pre-drilling.

Just as a full recap of the day would fill more than these pages, questions and answers were still spilling over when it was time to go, and the Wesbeam team was already planning the next workshop. More than a new confidence in dealing with the material, the attendees came away with new understandings of how they could use LVL to grow their businesses. And, as Bylund reminded everyone, “When you want to build new things, Wesbeam will build new product. If people need it, we’ll make it as long as it’s economical.”

Between that willingness to innovate and drive to educate, there’s a lot of very solid thinking going on, which should be more than enough to push timber through the next phase in its evolution. 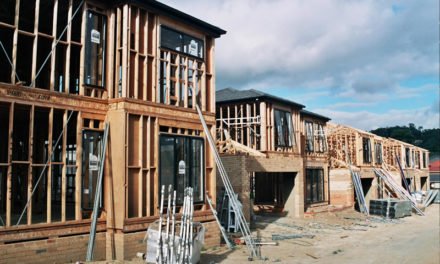 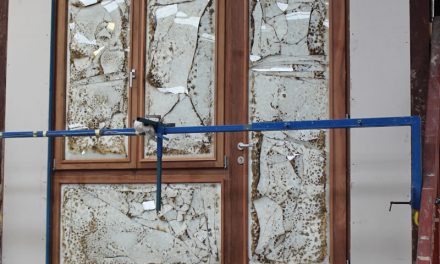 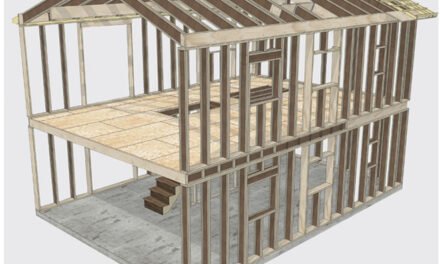 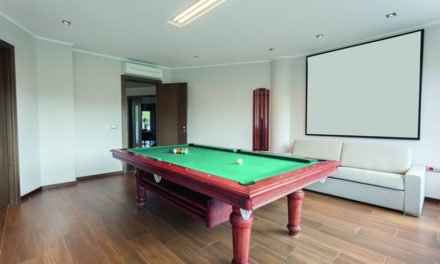