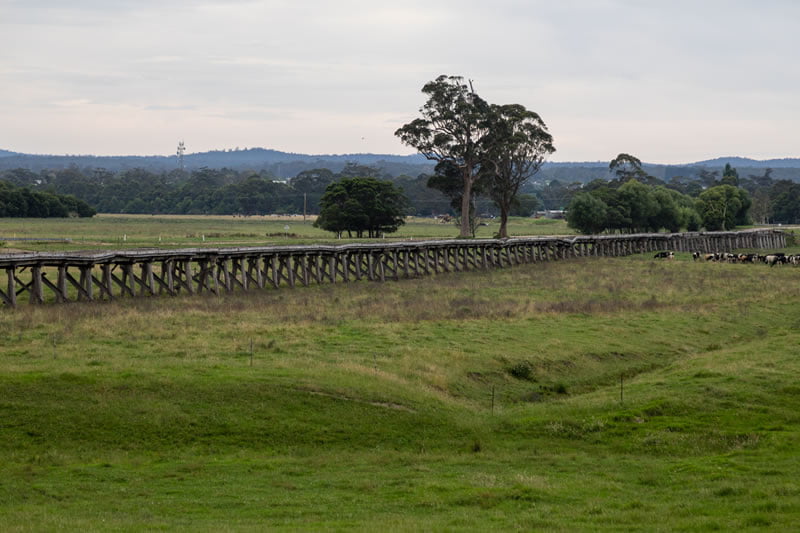 A Victorian community is trying to save an historic timber rail bridge.

Completed in 1916, the Snowy River Rail Bridge was part of a 100km railway lifeline for Orbost, in Victoria’s Gippsland region. At 770m, it’s the longest timber rail bridge in Victoria, with huge trunks of Southern Mahogany (Eucalyptus botryoides) rising up above the Snowy River floodplain. At one point, the railway was planned to extend into south-east NSW, and eventually extend all the way to Sydney.

Times have changed greatly over the past century, and the railway was closed in 1987, leaving the bridge to fall into disrepair.

Now the community has rallied behind this much-loved local landmark, seeking funds to restore the bridge and incorporate it into the East Gippsland Rail Trail, a world-famous cycling and walking trail that winds through the region.

Orbost has undergone an economic downturn through the drought and the loss of the local timber industry. The Save the Snowy Rail Bridge committee believes increased tourism can go a long way towards improving local economic conditions, especially cycle tourism. The East Gippsland Rail Trail currently ends at Orbost, but the chance to add the bridge to the route is seen as a huge attraction, offering a ride unlike most cycle tracks in the world.

As reported by Amelia Bernasconi from ABC Gippsland, local accommodation provider Kay Bristow said research from other rail trails shows cycle tourists spend at least $180 a night: “They’re good tourists because they move slowly through an area and they have a higher daily spend than other tourists do. And for every dollar invested in cycle tourism infrastructure, about $3 is returned within the first two years to the local communities.”

The committee and local businesses are currently surveying the bridge, investigating the prospects of restoration and the business case for extending the trail. The cost of the project is estimated at $2.5 million – a figure expected to be recouped through increased tourism spend in the area.

Supporters of the plan are welcome to join Save the Snowy Rail Bridge with membership and sponsor options ranging from $15 per person. Learn more at their Facebook page, www.facebook.com/savethesnowyrailbridge 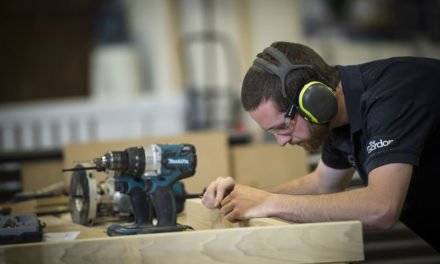 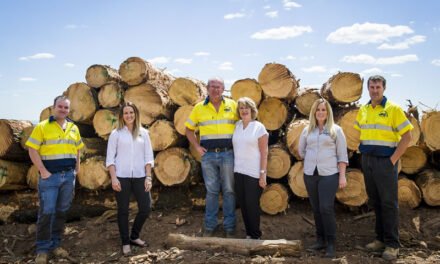