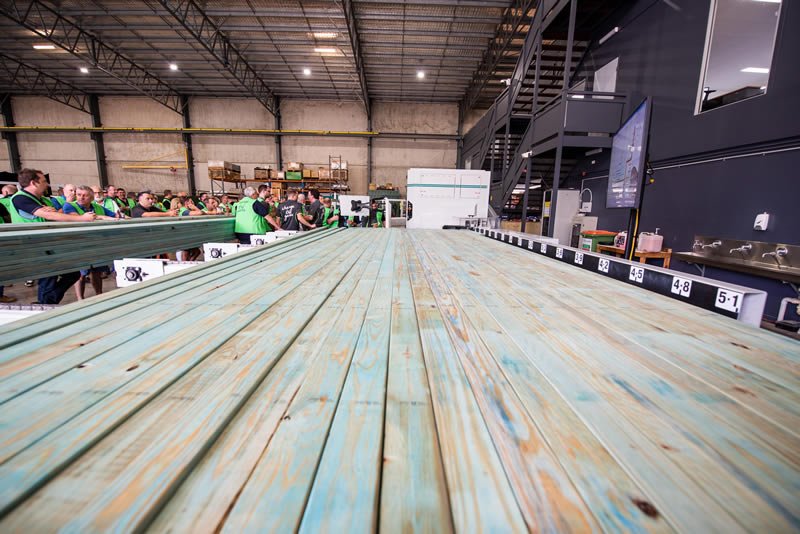 While many of the country’s top fabricators were gathered for the FTMA Australia National Conference, Multinail opened its doors at nearby Stapylton to show off its range of saws.

On a misty March morning, almost 90 fabricators could be found at Multinail’s Staplyton facility, clutching cups of coffee and deciding between a breakfast of bacon and egg or a sausage in a bun. Most of us had last seen each other at the FTMA dinner the night before and spirits were still high as we donned our high vis and walked into an enormous building to watch a cutting show and talk with specialists about their product.

Over the next two hours, we watched and listened as several of the company’s best-selling saws went through their paces and Multinail engineers answered questions on everything from speed to minimum cuts.

The PieceMaker, Tornado and Sprint M600 were all showcased, along with a special reveal for visitors’ eyes only. Additionally, a MitreSaw and SuperSaw were both on display, rounding out the offer.

We came, they sawed

Multinail COO Trent Taylor opened the day with a welcome and brief overview about what Multinail does in the market. It’s a story we’re all familiar with: jobs require precision, but expert staff are hard to find. Meanwhile, builders want a quicker output and workplace safety regulations put high demands on the fabricator.

The solution offered by Multinail is elegant automation. The three models focused on all cut precisely and quickly and offer the fabricator alternatives of different sizes and price points to match needs. With enclosed saws and intelligently constructed roller beds, they’re also safe to use.

Each model also benefits from the availability of local support and spares, minimising or eliminating downtime. And, as is expected from top-end machinery, they were surprisingly quiet. Not only was there no need for hearing protection, none of the saws came close to drowning out the crowd of visitors – quite the reverse, in fact!

The show began with the PieceMaker, Multinail’s top-end automated linear saw. It can feed, cut, print and eject “multiple timber components from stock timber lengths” as it says on the brochure. To prove the claims, the team had it set up with a job in Cornerstone 2 that was displayed on a monitor to its left and fed in tables-worth of treated timber as the show went on, with another giant monitor on the right showing the saw’s action inside the casing.

All cuts, including mitres and birdsmouths, are done on the one machine and member details are printed in the same pass.

In under an hour, the job was complete with over 500 pieces cut, and just two workers needed to load extra timbers and put the cut pieces onto racks. Most of the process is wholly automated, with both the job and timber use optimised – nogs are cut from the waste and actual waste and sawdust are both low.  The maximum stack was two high, but single-stacked timbers are required for mitres.

The machine requires a fair bit of plant space and weighs about 4600kg, but can also be optimised for particular needs and locations.

Next up was the Spida Tornado M450. A more budget-conscious model, it’s due for release in July. As the brochure puts it, the saw is “designed to replace two automated radial arm saws in terms of performance and ability, with the added advantage of printing for member identification and on the fly plate marking”.

It was also put through its paces by the Multinail team and whipped through the programmed job of chords and webs, displayed on the integral 24” industrial touch screen. Square cut only versions are available, otherwise it has an angular capacity of 0-180° and a three-stack high maximum. Waste is conveyed out the back of the saw and small components deposited at the front.

Spida’s Sprint M600 completed the main part of the show. Smaller than the other two models, it’s designed to optimise, cut and mark framing components. The Sprint handles raking and angle components down to 20° and marks plates on the fly (top and bottom at the same time where possible).

It cuts waste into custom block sizes to avoid double handling and is available in 90° (or square cut only) versions.

For all that the Multinail staff were exemplary in their willingness to demonstrate the machinery’s capability and answer questions, some of the best sales pitches on the day came from the fabricators themselves. One told how he had wanted a particular machine but not been able to configure his factory layout to fit it in, so the Multinail team had worked with him to change the layout and way it moved timber through, giving him enough room for a safe installation with space for workers to move around the machine.

Another confessed that he was a MiTek operator at the moment, but that it was always impressive and interesting to see what was happening with other suppliers. “That’s the thing about this industry,” he confided. “The nailplate manufacturers do different things, but they’re all very good, and when I see things like today, I know that they’re working with our interests in mind, helping us to plan and deliver for the future.”

Nowhere was that more apparent than in the last stop of the day, where Multinail gave attendees a glimpse of their latest R&D project. While still conceptual, it represented genuine commitment to the latest technical developments in truss-producing technology and was met with unabashed enthusiasm from the audience. Details will have to wait for now, but are likely to form part of Multinail’s next cutting show.

Image: Timber is loaded straight from the racks into the Piecemaker, cut and labelled, then removed ready for assembly. Image by Joseph Byford Photography, courtesy Multinail. 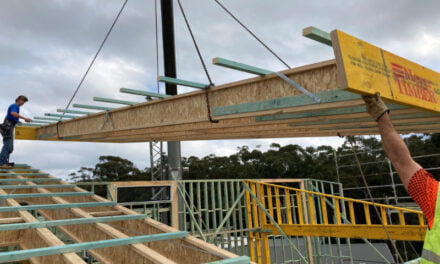 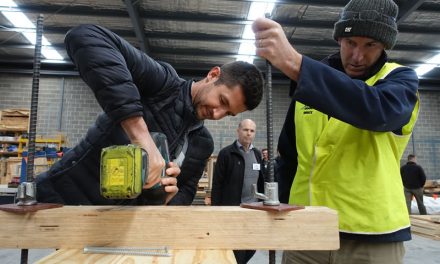 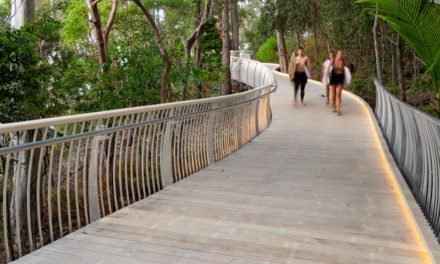 A Path That Will Last 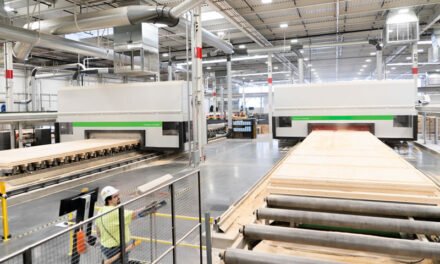