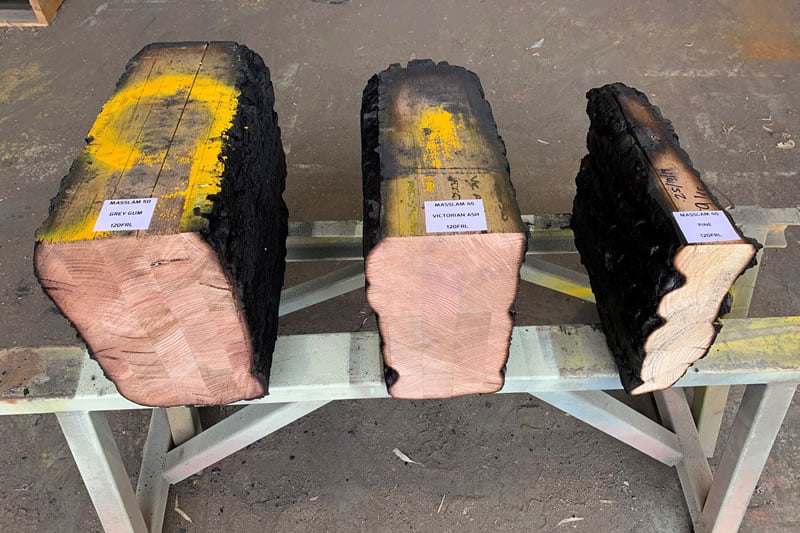 Concerns about fire are eminently understandable in the Australian context and one of the selling points of mass timber has long been that standard products have rated well in fire tests over 60 and 90 minutes. Australian Sustainable Hardwoods’ Masslam has now completed Australia’s first successful 120-minute Fire Resistance Test (FRT) and Fire Resistance Level (FRL) on exposed glue laminated timber members.

The glulam members weren’t encapsulated by fire-resistant board (as would generally be the case for designs satisfying the highest BAL ratings) but were intended for ‘seen structural’ applications.

The tests were carried out at Victoria’s highly respected and fully accredited Warringtonfire facility and followed FRT and FRL requirements as listed in AS 1530.4: 2014 – Methods for fire tests on building materials, components and structures/Fire-resistance tests for elements of construction.

Several different Masslam members were tested using various species of plantation and regrowth hardwoods. Each member passed two hours of fire, reaching above 1000°C, while still bearing the load expected for columns and beams in a commercial building – where they are frequently used up to and beyond nine storeys. Some of the tested members offer a 40% reduction in size compared to imported mass-timber products.

The result was surface charring only, slowing the spread of fire and retaining structural integrity for the building.

“[Many design solutions for fire] use European fire data which, unlike Australia, is only required to meet 60 or 90 minutes,” says ASH’s Managing Director, Vince Hurley. “We have questions about whether European tests would be relevant to Australian Standards at 120 minutes. This test not only shows the performance of our Masslam systems under prolonged fire, it also proves that timber performs much better than steel”.

Image: Results of the 120-minute burn on several Masslam products. 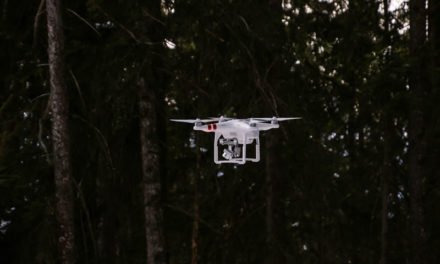 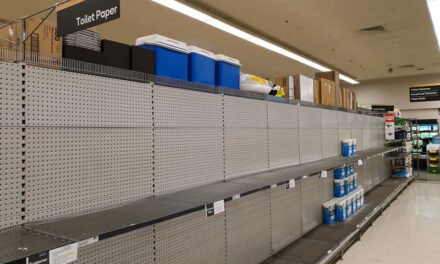 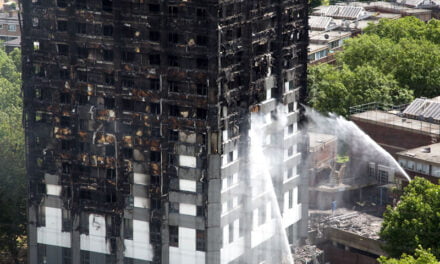