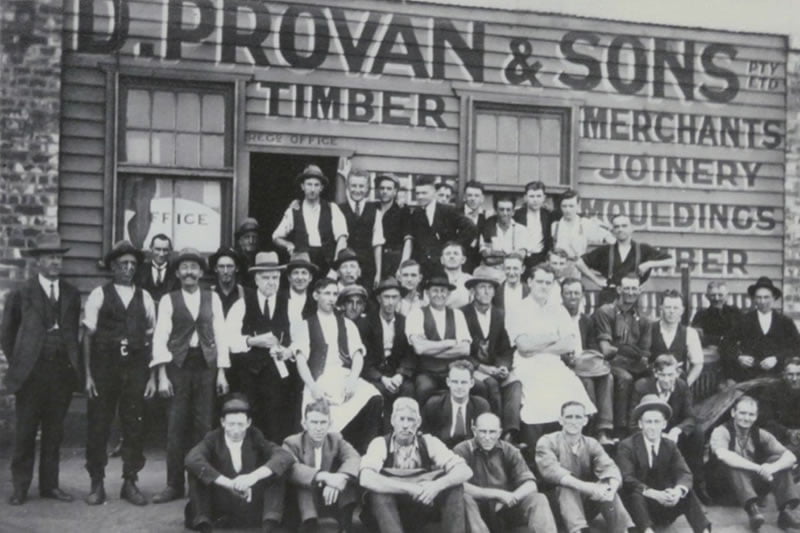 The renowned Melbourne firm and family are investing in the next generation of timber trades.

The name Provans has a long and respected history in Melbourne timber. In the early 20th century, David Provan set up a timber mill that grew to include a joinery business and hardware store that helped build many of the homes, factories and businesses of working-class Clifton Hill.

“He was an extraordinary individual,” says his great-grandson, who shares his name. “Both a successful businessman and a mentor. He treated his colleagues and staff with respect and dignity and he was a humanitarian. For example, he taught himself sign language, back in 1920, so that he could employ and communicate with deaf people. And he had a workforce of many deaf people, because he saw that as a need in the community.”

Recently, the current David Provan had been looking for a way for his family to honour their great-grandparents, grandparents and parents, all of whom had put such enormous work into making the company successful, but also into the local Clifton Hill/Collingwood and wider Victorian community.

“Initially, I considered setting up a foundation to support people who wanted to pursue a career in timber, whether that be carpentry or cabinet making or construction,” says Provan. “Then one day I was driving down Wellington St in Collingwood and, as I passed the old Collingwood Technical School, the idea came to me to approach Melbourne Polytechnic about the possibility of sponsoring an annual award and scholarships.”

His great-grandfather had been a founding member of the Committee of the Collingwood Technical School, which would later become Melbourne Polytechnic, and proudly remained involved until his death in 1931, serving as President of the school’s board in 1921 and 1922.

“I have a photograph of all the students of Collingwood Tech forming a guard of honour along Johnston St outside the school as my great-grandfather’s funeral cortège passed en route to the Melbourne General Cemetery where he was buried,” Provan says. “So there’s a special connection to both the school and my family.”

Provan approached the Rosenbergs, who took over the business in 1966 and discussed the idea of an annual award and scholarships.

“They were thrilled to join us,” he says. “Particularly given the lockdowns and how many people have experienced significant challenges. We think it’s an important way of contributing to those who may not be in a position to otherwise pursue a career given their circumstances. And it’s a small but important way for both families to give back for the extraordinary support that we’ve received from the local community and the industry over the 117 years that the business has been operating.”

Out of the discussions have emerged three ‘Provan and Rosenberg Families, Provans Timber and Hardware’ annual scholarships to the value of $1815 per annum to cover tuition, and the David Provan & Sons Annual Award for Carpentry, Joinery and Cabinet Making, worth $500 cash plus a $500 voucher for tools of the trade.

“These types of contributions directly assist students in covering costs for their tuition fees, textbooks and materials while providing an incentive to achieve,” says Frances Coppolillo, CEO of Melbourne Polytechnic.

“They play a big part in helping our students focus, succeed in their studies and move onto a bright career. Importantly, scholarships like this help make the courses accessible to students from all walks of life and backgrounds – and sometimes that’s those who are passionate about studying, but financial, educational or social obstacles might have otherwise got in the way.”

Provan harked back to his family’s tradition of helping everyone who wants to find work. “That’s why when I drafted the criteria for the assessment of applications for these scholarships, I encouraged people from marginalised groups to apply,” he says.

Education at Melbourne Polytechnic combines leading edge understanding of materials and applications with traditional skills and apprenticeship and pre-apprenticeship training. Teachers bring real-life industry experience to their roles and are able to equip students with skills they need to be job-ready, setting them up for a career.

“We’re encouraging mature-aged students, women, people who have decided to change from their current career to a timber trade and also people from marginalised, disenfranchised and financially disadvantaged groups to lodge an application for the 2021 scholarships. We think that funding their tuition, tools and materials may help them access these programs in a very tangible way.”

He adds, with a note of humour, “This is an ongoing arrangement, it’s not a one-off. I hope that this sponsoring of people from various backgrounds and all walks of life will continue on even after I’m not in a position to manage it, though I hope there’s a few good years left in me yet!”

For Coppolillo, it’s an ideal partnership, and one she’d like to see more of. She says, “Given many of our courses are so practical and industry-driven, we always welcome hearing from organisations or individuals who are interested in partnering with us to support the next generation of apprentices.”

Image: The early days of Provans, now an icon of Melbourne timber. 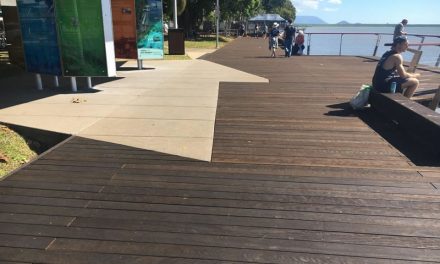 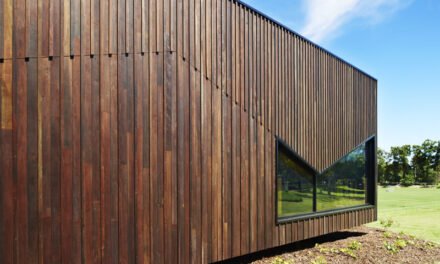 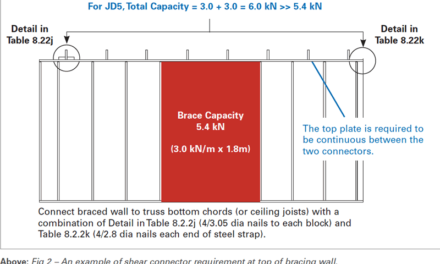 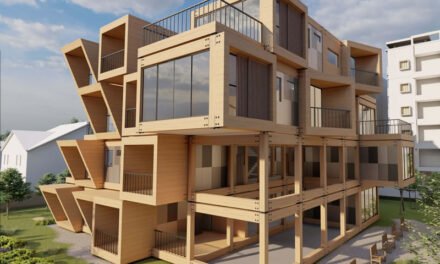