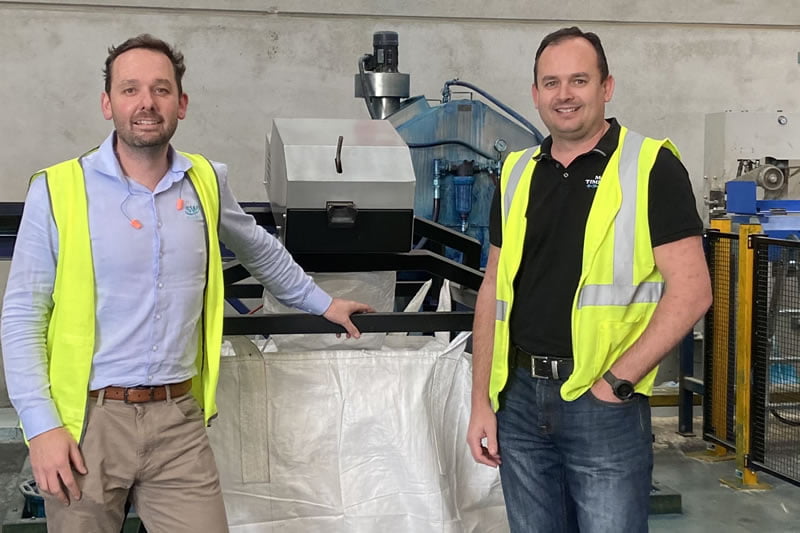 Around every bundle of timber, and a lot of the products we make from it, is a polyester strap, made of PET.

“We were a distributor selling strapping for many years, says Mark Hackett, NSW state manager at Strap and Wrap. “Most of it’s made from recycled materials, bottles and so on, but almost all the strap in Australia was imported or made of imported materials. So we decided to become manufacturers ourselves.”

The plan was always to use Australian recycled PET but, talking with the company who was building the Strap and Wrap line, they realised there was an opportunity to introduce equipment that could process recycled strapping back through the line.

“We ended up taking them up on that offer and spending the money,” Hackett says. “And now we’re able to recycle people’s used strapping.”

Previously, something like 12,000T per annum of strapping was mostly going into landfill. Its dark colour makes it undesirable to PET recyclers producing materials for textiles and other industries, who prefer clear material. Unlike Europe and China, there isn’t a local industry recycling dark PET into things like bollards and furniture, and Australian waste can’t be shipped offshore for processing. So this new closed-loop system represents a big step in sustainability.

Customers are sold a strap chopping machine at cost – “we make them in house at our Wetherill Park factory and just charge on the material cost,” Hackett says. “They’re automated and attach to a bulker bag that will hold about a tonne of chipped plastic. If you don’t chip it, about 5kg of strapping can take up most of a standard bin.”

Once the bulker bags are full, the customer contacts Strap and Wrap and the bags are either directed to the cleaning facility in NSW or sent straight to the processing plant in Brendale, Qld where it’s turned back into a new roll of strap.

“It’s not the cheapest of production methods, especially with the cleaning, because that’s done by a third party,” Hackett says. “There is a materials saving if we can get clean material and skip that. But there are good reasons to do it besides cost.”

David Pullen, manager, operations at Meyer Timber, was one of the early customers for the scheme. “We do a fair bit of recycling wood waste and we separate all our plastic now,” he says. “So with the PET strapping we can also get that back into a closed recycling stream and keep out of landfill, it’s a no-brainer.”

Pullen says strapping would generally account for about 25% of the waste volume in his traditional bins. “Separating it out has been really simple and the chipper machine has an automatic feeder, so once you start the strap in, you can walk away and it will feed the rest in and then the machine will turn itself off. The machine itself is fully enclosed, so there’s no chance of any hand injury or anything like that as you can’t actually get to any of the blades. Because it’s contained, there’s no dust from the machine and no contaminants can get into the PET either, keeping it clean.”

The system has been well received by the Meyer team and they’re looking to add more machines in across their production. “At Meyer Timber we believe that as an industry we all have an obligation to implement closed loop recycling systems into our businesses, and this adds to already active culture in this space at Meyer Timber,” Pullen says.

The cost of the process adds a few cents to the end product, but, as Hackett says: “It’s about $120 per bin to have them emptied. By taking all that strapping out of the bins, there’s a very quick payback in their waste costs. So it’s good for the environment and they’re going to be saving a lot of money.”

Hackett has seen his customers embracing the idea of a closed loop for strapping, with some, including door and brick suppliers, even cutting the strapping off when they deliver product to their customers and returning it to their plants for recycling.

“It’s a manufacturing opportunity for Australia as well as closing the loop on this waste,” Hackett says. “That translates to more jobs for Australia – and not just the ones added during the construction of the plant, but ongoing roles at our facility and with the cleaners and the drivers – and a further step forward for Australian recycling.”

Is poor customer service costing you? 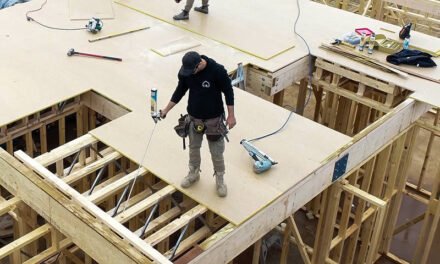 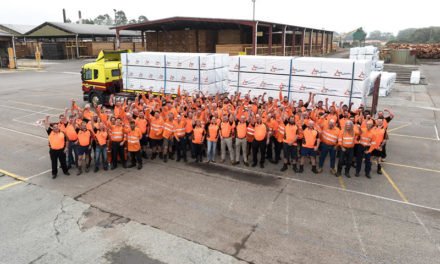