The Changing Face of GLT 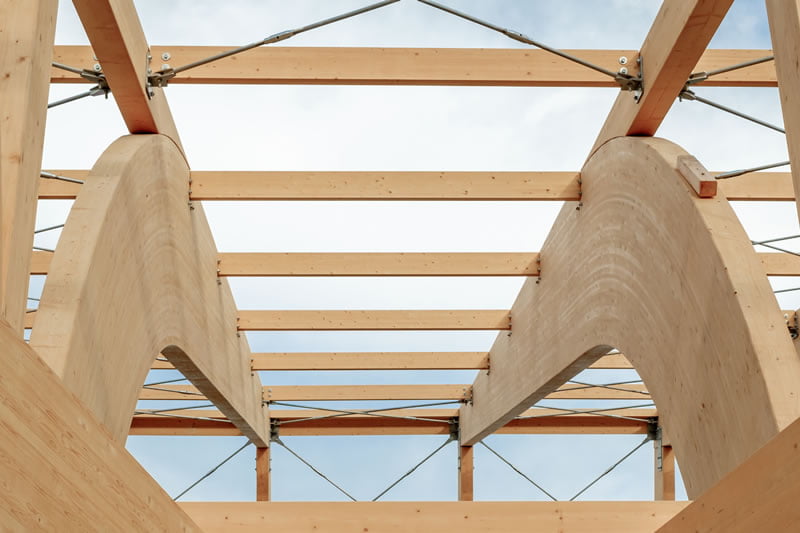 Smarter engineering solutions and responses to fibre shortages equal changes to traditional Australian GLT/glulam products. Here’s a brief rundown of where we’re at.

One of the most important design qualities of timber framing is its resilience under load. Timber’s unique stiffness makes timber-framed floors comfortable to walk, work and stand on. These qualities also contribute greatly to timber’s excellent damping characteristics, thus giving timber-framed structures the ability to absorb impact loadings.

The size and span capabilities of sawn timber beams are generally limited by the physical characteristics of the timber supply. Consequently, stiffness, or deflection under load, at the relatively short spans commonly used with sawn timber beams is seldom a governing factor in the design of these wood structural elements. With the availability of glued laminated timber (GLT or glulam), it is possible for architects and engineers to design wood members in large sizes and long spans.

Design professionals recognise that for long spans, design is often controlled by deflection limits rather than by beam strength. One way to reduce the adverse aesthetic effect and structural significance of beam deflection is through the use of camber. Camber is an initial curvature built into a fabricated member, such as a GLT beam, which is opposite in direction to the calculated deflection, which will occur under gravity loads. The use of camber in glulam beams also gives the designer the ability to negate the possible adverse effects of long-term deflection or creep, which may occur with wood members.

The deflection limits listed in Australian standards for structural elements are always measured from the level of its supports, so in the case of an element affected by gravity loads such as floor beams, a deflection limit of span/300 or 15mm maximum is measured below the support line. Therefore, a cambered beam with its centre point elevated, for example, 6mm above the support line when unloaded, is going to deflect below the support 6mm less for the same load compared to a non-cambered (straight) beam. The camber in affect is giving the same result as if the beam had increased stiffness. To exhibit the same deflection under load, a non-cambered beam would therefore need to be a larger section.

GLT beams are highly engineered timber products that are used in a variety of structural and architectural applications. Structural uses range from 150mm-deep members used in trusses and window and door headers to 2500mm-deep members used in long span structures. To produce GLT, individual timber pieces ranging in width from 45–300mm are finger jointed together into long laminations that are then bonded together with waterproof adhesives.

GLT has the following advantages over large-section sawn timber:

Careful design using a cambered GLT beam can result in a reduced section size, and in some cases may mean the primary support element may fit within the floor space. Notwithstanding this, in some situations, especially in construction applications where the framing elements are rarely subjected to specified design live loads and the deflection due to dead loads is minimal, camber may not be necessary. In such applications, camber designed into a beam may never relax. In floor construction this can cause a permanent, unwanted crown and, in multi-storey applications, it may increase the difficulty of framing successive floors during construction.

Unless otherwise noted, GLT beams designated as cambered e.g., GL17C, in Australia will have a 600m (600,000mm) radius camber. The approximate camber in the beam at midspan can be calculated by using the equation in Figure 1 (below). This calculation may be necessary to determine whether the dead load deflection is sufficient to remove all the camber.

The wood fibre resource and world market conditions are rapidly changing, and the consequence of this is that some of the traditional GLT grades that most people are familiar with such as GL13 have become less available. Further, one country’s largest GLT producers is no longer making GL17, once a staple of their operation and the ‘generic’ GL grade for NSW and QLD.

Engineers reference codified characteristic strength values for structural design of GL grades from Table 7.1 of AS 1720.1, and most GLT producers issued span tables for one or more of these standard grades. GLT producers who belong to and have their beam products certified by the Glued Laminated Timber Association of Australia (GLTAA) also adopted a unified design criteria for span tables, to make the specification of GLT, irrespective of the manufacturer, as simple and uncomplicated as possible. The high-strength GL21 manufactured by Hyne timber was one exception to that rule, as it was not referenced in AS 1720.1 and thus users were required to use characteristic strength values provided by the manufacturer.

Moving the clock forward to early 2020, and softwood wood fibre issues begin to materialise. No longer was there sufficient feedstock of northern Slash Pine to meet the full demand for GL17 production or higher density Radiata Pine to make the traditional GL13 grade. Some GLT manufacturers were forced to become inventive and experiment with:

In response to the shortage of higher grade GLT especially in Queensland, Tilling Timber has also introduced a hardwood product with a stiffness of 19,000 MPa called a SmartLam GL19 available in thicknesses of 60mm and 75mm.

Over the next 12 months the GLT landscape is most likely to look a little different to what industry has been used to and it will take a little time for some of these new grades being developed to have their characteristic properties listed as generic grades within the relevant Australian standards. In the short to medium future, engineers and others seeking design properties for these new products will again need to contact the respective manufacturer.

While the specification of GLT may have become less standardised, the structural benefits of pre-cambered beams, the expanding number of section sizes and the aesthetic appeal of GLT make it a compelling proposition in contemporary structures.

In looking back in my 26+ years of being involved in the distribution of EWP, I am reminded of the words of Heraclitus, a Greek philosopher of the late 6th century BCE, who is quoted as saying, “The only thing that is constant is change.” 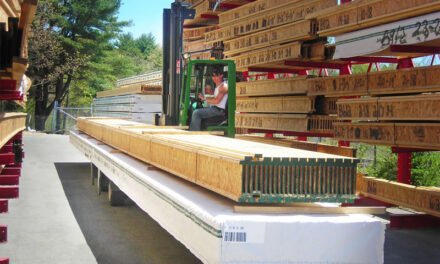 Lifting Out of Recession 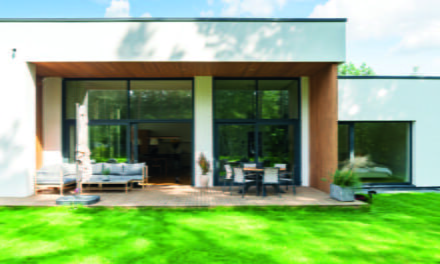 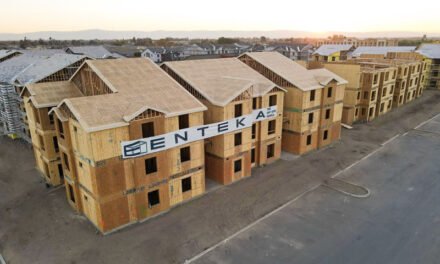 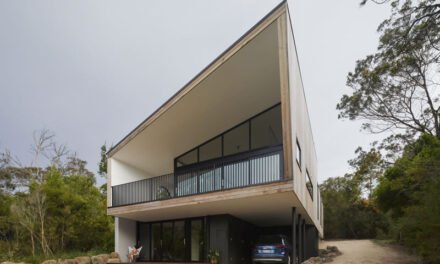